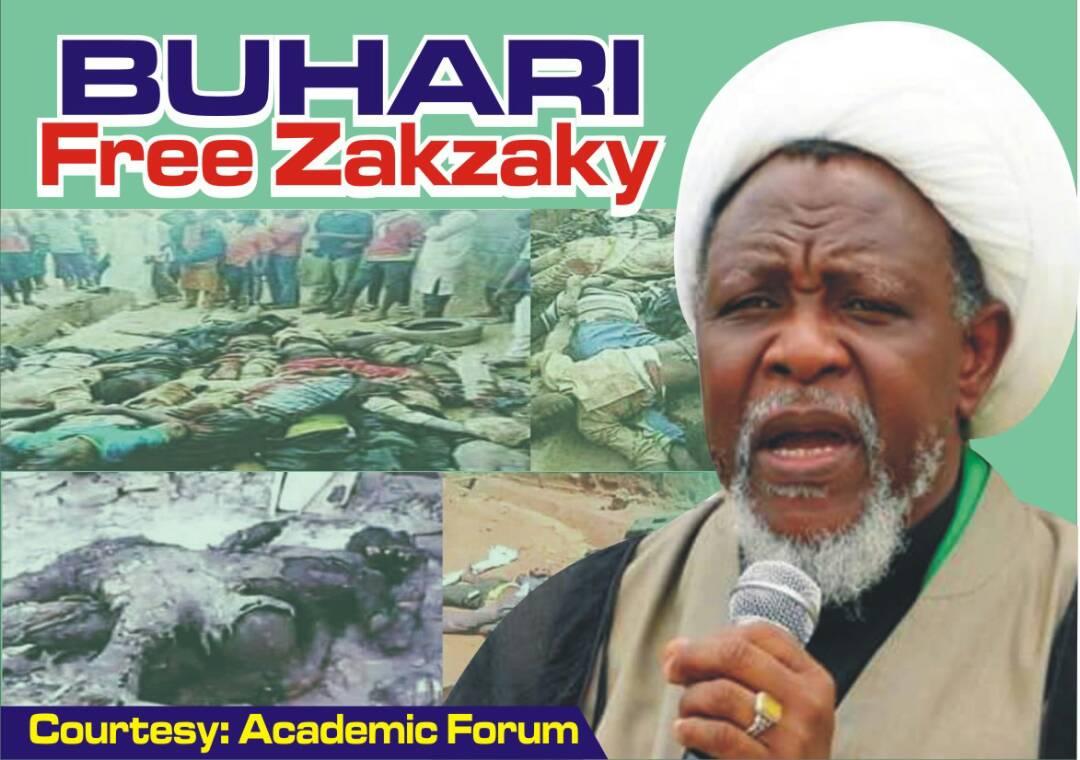 IMN disclosed this in a press statement signed by the president, Media Forum Of IMN, Mr Ibrahim Musa.

It said that “the operation against IMN will start immediately after a crucial and highly important “national announcement” is made in the next coming days or possibly weeks.”

It added that “those who hatched the plan hope to cash on the political uncertainty they hope the national announcement will generate to finish off their genocidal plans”.

It also stated that part of their “evil plan” will be to kill Zakzaky, ‘spill the blood of innocent civilians’ and “exterminate the Movement once and for all”.

In conclusion, The Shiite group reiterated their demand for the immediate release of their leader, Sheikh Zakzaky as directed by a federal high court Abuja.

The full text of the statement reads as follows:

The Islamic Movement in Nigeria [IMN] will like to draw the attention of the general public to a mischievous plot hatched by the enemies of peace in Nigeria.

This latest plot, as disclosed to us by a reliable source, is a fresh attempt to kill our leader, Sheikh Ibraheem Zakzaky, who is currently in illegal detention in clear contempt of court judgment, and a simultaneous attack on members of IMN in several cities of Northern Nigeria.

According to the evil scheme, the operation against IMN will start immediately after a crucial and highly important “national announcement” is made in the next coming days or possibly weeks.

Those who hatched the plan hope to cash on the political uncertainty they hope the national announcement will generate to finish off their genocidal plans they started years back that culminated in the December 2015 attacks.

By carrying out their evil plan of killing our leader and spilling the blood of innocent civilians, they hope to exterminate the Movement once and for all.

We are also aware that troops have been strategically and massively stationed in the major cities this operation will be carried out; waiting for the day the “special announcement” will be made, so that they carry out the killing of innocent lives.

We will like to call on the international community to prevail upon the Federal Government to call its security agents to order, who it seems are still not satisfied with the over a thousand souls they massacred in Zaria in December, 2015.

Assassination of our leader Sheikh Zakzaky and the murder of members of IMN, will in no way benefit Nigeria and Nigerians.  We therefore urge them to urgently terminate this genocidal scheme.

We will remain committed to the peaceful ways of getting justice done to the victims of Zaria massacre carried out by the Army in Zaria.

We will therefore reiterate our demand for the immediate release of our Leader Sheikh Ibraheem Zakzaky as directed by a federal high court Abuja.

People of goodwill not only in Nigeria, but the world over, are concerned on the fate of the Sheikh who is clocking 600 days in unjustifiable detention.

We want him free now, including his wife and several members of IMN in detention since the Zaria genocide.