Shocking! How people accused of being Boko Haram are disappeared in Nigeria 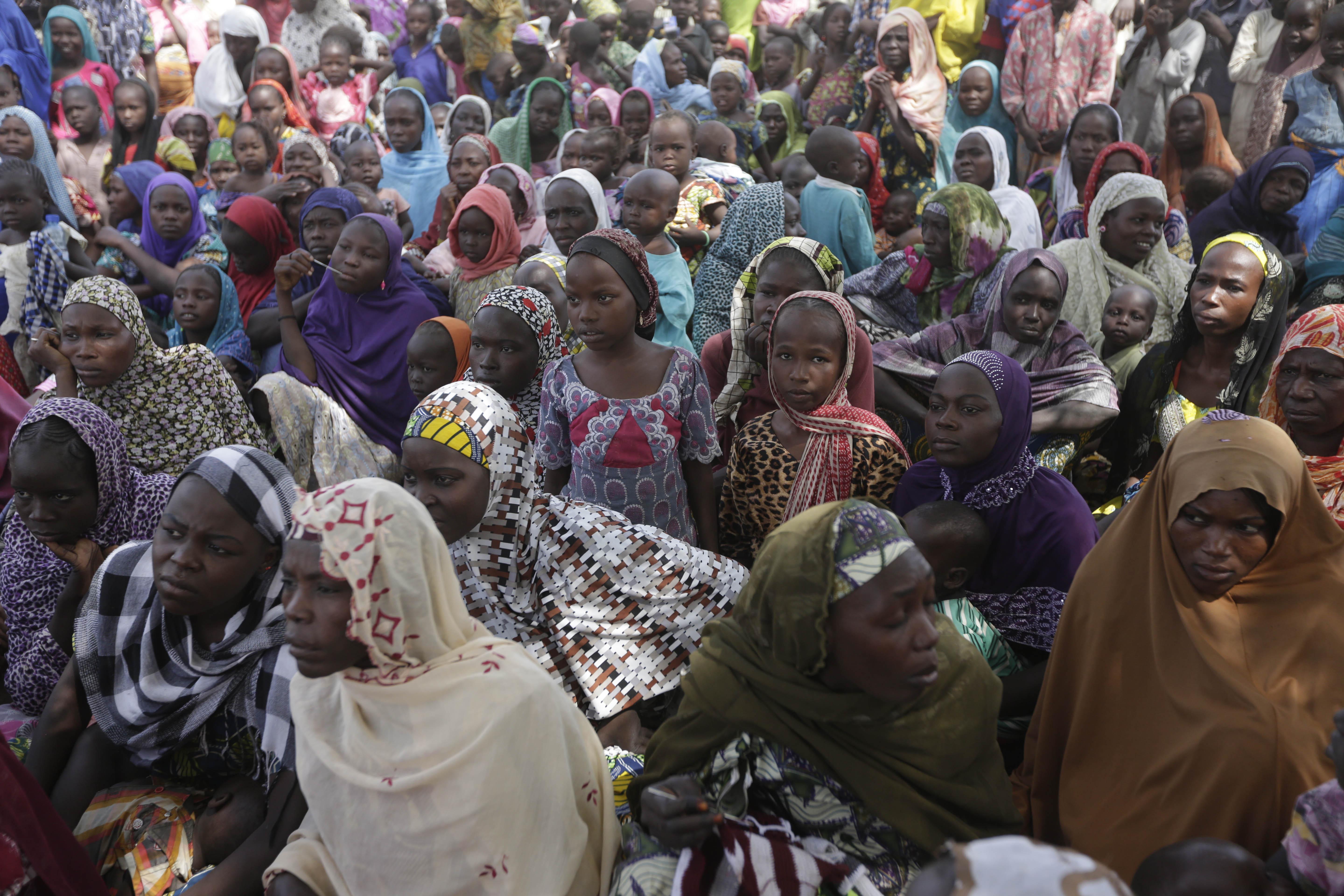 First come the whispers, then accusations loud enough to raise alarms throughout Nigeria’s northeastern villages ravaged by extremist violence. Next, people accused of being Boko Haram are rounded up, sometimes by the military, sometimes by a civilian self-defense force. Many are never seen again.

ABOVE IMAGE: Women and children displaced by Boko Haram attacks are seen at Furore camp in Yola, Nigeria, on Dec. 8, 2015. First come the whispers, then accusations loud enough to raise alarms throughout villages ravaged by extremist violence. Next, people accused of being Boko Haram are rounded up, sometimes by the military, sometimes by a civilian self-defense force. Many are never seen again. (Sunday Alamba / Associated Press)

The murmurs exploded into a rare open-throated protest recently when an elementary school teacher and two middle-aged farmers were taken away in Duhu village. Women who knew the men insisted they did not belong to the Islamist extremist group, and they marched to a nearby military base to demand their release. Instead, the men were shot, and their bodies were dumped outside of town.

Nigeria’s military denied detaining the teacher, Habu Bello, and Idrisa Dele and Umaru Hammankadi last month. But several villagers told the Associated Press that they watched as the men were led away by uniformed soldiers who accused them of being Boko Haram fighters.

Threats to civilians come from all sides and extrajudicial killings have not abated despite President Muhammadu Buhari’s declaration of victory over Boko Haram. The insurgents have shown no mercy, but many people are equally afraid of the soldiers and the self-defense Vigilante Group of Nigeria.

Now, they are learning to fear their neighbors, as well. Vigilantes and local hunters armed with locally made guns gather before they go on patrol in Yola, Nigeria, in this Nov. 25, 2014, file photo. (Sunday Alamba/AP)

As refugees return home and try to rebuild lives from nothing — houses have been razed, wells poisoned, crops and livestock looted — some are capitalizing on the fear and insecurity to settle old scores, erase debts, win land disputes or otherwise get rid of enemies, human rights lawyer Sunday Joshua Wugira explained.

“If you have a problem with someone, you can influence the military to pick them up, and then you will never hear about them again,” he said from his offices in the northeastern city of Yola, where police are investigating the January killings of three brothers from the Fulani tribe.

Police have detained members of the civilian self-defense group, Deputy Superintendent Othman Abubakar said. The group members told police they took the suspected insurgents to the military barracks for detention but were turned away, and then a separate group of soldiers seized and killed the brothers, Abubakar said.

A teenager said she was captured last year by Boko Haram fighters who attacked her village and killed her father. Soldiers arrived to hunt down extremists, but interrogated her three brothers instead. Vigilantes then seized and killed them, she said.

Duhu district leader Mustapha Sanusi said he has no official record of detainees being killed or disappeared, but he has notified the military and legislators about complaints.

“I don’t have any figures, but I can confirm to you that there have been a series of complaints about extrajudicial killings,” he said. He called for a federal investigation and said that “the military should always operate within the confines of the law.”

The president promised to end military abuses last year, pledging an investigation into Amnesty International’s allegations that since 2011, the military has been responsible for the deaths of about 8,000 detainees who were shot, starved or tortured. That is more than a third of the estimated 20,000 people killed during the six-year-old insurgency. Human rights groups also accuse the self-defense fighters of extrajudicial killings but no one has collated figures.

Buhari’s spokesman, Garba Shehu, referred requests for comment for this report to the military, but army spokesman Col. Sani Kukasheka Usman did not respond. However, the army on Thursday announced the establishment of a special office to “investigate all cases of human rights complaints brought before it.” And it said it has established a special court-martial to try “all cases of indiscipline and related acts of misconduct, including human rights abuse.”

Buhari told a delegation from the United States Institute of Peace this week that “mechanisms” have been put in place to ensure human rights are respected in the fight against terrorism. “We attach great importance to human rights,” he said. “If there are breaches, they will be investigated and dealt with.”

There is little evidence of this in the villages, and one of nine senior commanders that Amnesty International accused of possible war crimes — Maj. Gen. Ahmadu Mohammed — was reinstated last month without any investigation, ending an early retirement prompted by a mutiny among his men.

The many allegations of gross rights abuses have hampered the cooperation some allies, including the United States, can offer to Nigeria because of laws that prohibit arming and training troops that may be guilty of war crimes.

Wugira, the lawyer, said he and others continue to work to uphold people’s rights. He said he got two young men released from illegal military detention in December, and he freed a group of 10 wrongly accused young men in November, after a soldier testified that they had fought against Boko Haram.

But most disappearances go unchallenged, Wugira said, even though he offers his services free.

“People will say, at the end of the day we will never get justice,” he said. “People are living in fear.”

Elombah.com with reports from the Associated Press

What to do When You Are Unnecessarily Charged by Your Bank