Socio-cultural inequality: An issue that change must address

A CBN survey of level of graduate unemployment among Nigerian youths puts the rate at as high as 80%, that is 4 out of every 5 young graduates being unemployed. 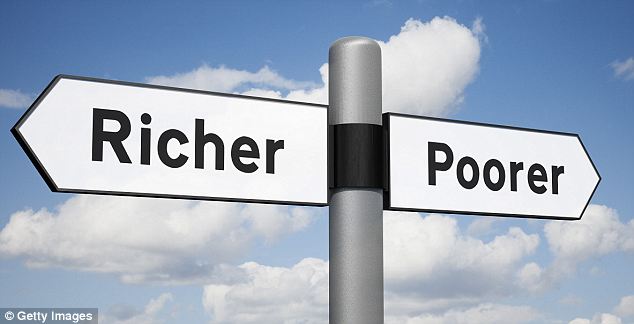 This write up is based on a presentation focused on socio cultural inequality made at a forum on inequality organized by Oxfam in Nigeria in December 2015.

Let me begin by explaining the concept of socio cultural inequality. This is inequality that can be determined to stem from socio cultural values and that result in the subjection of individuals to unequal treatment on the basis of group identity such as gender, ethnicity, or religion; or due to a person’s birth place or parental background.

It can be said to be a subset or dimension of inequality in Nigeria, and is driven by socio cultural factors in the fabric society leading to the aggravation of the dynamic of general inequality.

Gender inequality is the most obvious, but there is also inequality that may arise as a result of age, religion, ethnicity, place of origin etc.

It is important to note from the onset that the 1999 constitution of the Federal Republic of Nigeria as amended prohibits discrimination on the basis of gender, ethnicity, religion, or place of origin. Nevertheless inspite of this constitutional prohibition, socio cultural inequality is still very wide spread in Nigeria.

Part of the challenge in understanding the full scale of such inequality is rooted in the non-availability of disaggregated data.

For instance we know from the National Bureau of Statistics [NBS] that composite general unemployment rate in Nigeria stands at 24%; and from a 2012 National Youth Survey by NBS that 45% of youth between 15 and 35 years are unemployed. A CBN survey of level of graduate unemployment among Nigerian youths also puts the rate at as high as 80%, that is 4 out of every 5 young graduates being unemployed.

Again, although 69% of Nigerians are said to be living in poverty, nevertheless it is not known what percentage of these are women and or men. Similarly although according to the Federal Ministry of Housing the country has a Housing Deficit of 17 million; that is at an average family size of 6 per household, there are about 80 million Nigerians living in sub human habitation; again it is not clear what percentage of these are female headed households etc.

Nevertheless we can infer from the general exclusion of women, the very low presence of women in education and in employment that a disproportionate percentage of the housing poor are also women.

The point being made here is that factors and dimensions like the socio cultural create a context that deepens inequality and aggravates its impact on society.

Because women represent slightly more than half of the population, the condition of women can be used to exemplify socio cultural inequality.

If economic base is expanded to include access to credit and financing, the situation is equally grim. For instance since 2009 a total of N287.47bn has been disbursed by the Central Bank Of Nigeria [CBN] to finance 370 projects under its Commercial Agriculture Credit Scheme [CACS]; including 333 private and 37 state government projects. However of these 370 projects financed through the CACS intervention fund only 8 are managed by women.

Additionally only one of the 10 top richest Nigerians is a woman, comparing very well with the weak state of political representation of women.

Women are grossly underrepresented in all political decision making bodies whether elected or appointed. Only 9% of those who stood for elections to the National Assembly [NASS] in the 2011 general elections were women; and of the elected 360 members of the 7th NASS of 2011 only 25 were women, a mere 6% of the total.

There are also inherent regional disparities to the incidence of inequality mediated by socio cultural factors. For example taking a deeper look at education; according to the 2010 Nigeria Demographic and Health Survey, whereas Gross Enrollment Ratio [GER] was 61% for the whole country; there were very wide regional disparities ranging from as high as 95% in southern states, and as low as 19.19% in northern states. Jigawa, Kebbi, Katsina, Sokoto and Yobe states had less than 25%; while Akwa Ibom, Anambra, Cross River, Edo, Delta, Imo, Lagos, Ogun, Oyo, Osun, and Rivers states had over 80% GER.

This situation is a major reason why of the 57 million out of school children globally, 11 million of them are Nigerian children, with the north accounting for more than 75% of this figure.

Women’s hugely disproportionate lack of access to basic education is responsible for a situation where female adult literacy at 59.4% compares unfavourably with 74.4% for men; and is equally responsible for combined GER [for primary, secondary and tertiary education] being 57% for females as against 71% for males.

From the foregoing it is obvious that although the level of extreme inequality is very high in Nigeria, this inhuman state of affairs which is direct manifestation of the level and intensity of exploitation, is further compounded by such dynamics as socio cultural factors which amplify the impact of inequality and aggravates the condition of the marginalized and excluded in society.

The necessity to clearly understand the nature as well as the dimensions and dynamics of extreme inequality is underscored by the implication of these on policy options that will be designed to address inequality.

Without a thorough understanding of the dimensions of inequality and of the factors that create and drive inequality, it would be impossible to address and tackle the problem effectively.

For instance within the context of job creation, addressing unemployment and enrollment in education; without an understanding of the gender dimensions and the socio-cultural factors it will be impossible to address the problems.

What percentage of the 500,000 new teachers proposed to be employed under the social investment program of this administration will be women? This is important particularly within the context safe schools program aimed at increasing female enrollment by ensuring the safety and protection of the girl child in school.

How do you through deliberate policy instruments and financing support address these overarching structural and systemic factors that conduce to gender inequality?

One thing is certain; the resolution of the context of inequality lies in the policy arena. The policy arena is a political arena. Women and youths and other marginalized and excluded groups, including the poor as a category will not be able to ensure the necessary shift in the balance of political power to enable social inclusivity not only in choice of appropriate policy alternatives, but also in their diligent implementation, without the building of effective mass and popular political platforms.

Without powerful mass and political women’s or youth, and or poor people’s movement, there can be no satisfactory, inclusive, social transformative resolution of the question of inequality in general and extreme inequality in particular.

To hold governments at all levels accountable; to hold all political parties and the political elites accountable as a collective and as a class, we must return to basics, return to the drawing board, and build and rebuild popular mass political movements of women, of youths, of the poor; while also ensuring that we forge a coalition of these movements.

Only as such can we forge the change that we deserve.

Jaye Gaskia is National Coordinator of Protest to Power Movement [P2PM], and Co-convener of Say No Campaign [SNC]. Follow me on Twitter: @jayegaskia; & Interact with me on Facebook: Jaye Gaskia

Buhari and NLNG Tax Fraud: Can We Be Serious for Once?