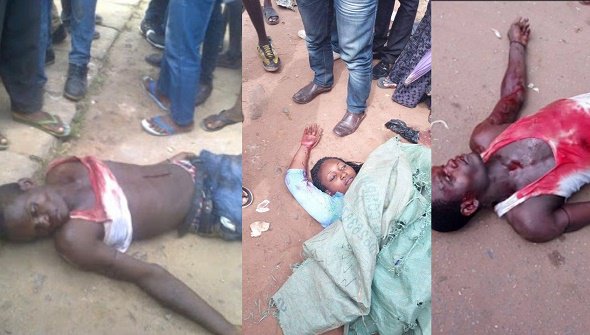 The South East Caucus in the Senate on Thursday demanded that the Federal Government should immediately set up a judicial panel of inquiry to probe alleged killing of about 150 defenceless members of the Independent People of Biafra (IPOB).

This was stated in statement issued by ‎Chairman of the caucus, Senator Enyinnaya Abaribe.

Senator Abaribe said the report by the Amnesty International painted a very chilling picture of the brutal killing of peaceful protesters allegedly by the Nigerian Army.

He noted that it is not only embarrassing to Nigeria as a country, but one that cast doubts on the operational modus of the Nigeria military in handling civil protest in a constitutional democracy

According to Abaribe, “It is not enough for the Nigeria military to debunk the report.

“We as a caucus demand an independent inquiry in the mould of a Judicial Panel and urgently too.”

He added: “It is our candid view that such panel would reassure the Igbos that the Federal Government is alive to its responsibilities one of which is the protection and respect of the fundamental rights of all people irrespective of tribe or religion.

“Unraveling the authenticity of the report would help to prevent a reoccurrence just as it will engender unity in our country.

“But the most important to us now is that the report must be probed and those implicated must be made to face justice.”‎