Mr. Olufemi Lawson said that he had firsthand information of the use of the military to harass the electorate. 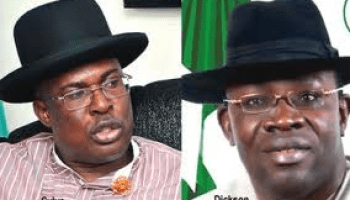 A civil society coalition, National Frontiers, has embarked on a sit out till Sunday January 10 2016 at the Unity Fountain, Abuja on the militarisation and manipulation of election in Nigeria with focus on the forthcoming governorship election in Southern Ijaw LGA of Bayelsa State.

The National Coordinator of the coalition, Olufemi Lawson said on Tuesday that as a member of the Election Monitoring Group in the December 5 governorship election in Bayelsa State, he had firsthand information of the use of the military to harass the electorate.

He emphasized that the Nigerian Police should be allowed to take charge of the election while the military can serve in the back ground rather than intimidating voters.

“Military were seen aiding and abetting people who are perpetrating electoral violence in Bayelsa State.

“The military must not been seen carrying election materials with militants.

“Election is a civil process and people must be allowed to choose the leader of their choice without intimidation”, Lawson said.

He also said that it is an indictment on the military for civilians to be on military uniform perpetrating evil in broad day light.

“It is in course of this the group called on the Federal Government to ensure the re-run is void of intimidation from the military as election is supposed to be a civil process.

The coalition said that election must be free and fair.

They kicked against what happened in the Southern Ijaw on the 5th of December where the military aided hijacking of election materials.

He called on the youths not to be allowed to be used for electoral violence as he said no life must be sacrificed for election.