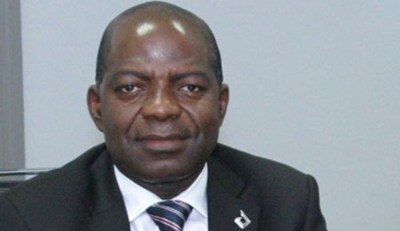 The group was vexed by the apparent bad faith by the dethroned Governor Okezie Ikpeazu of Abia State to a recent Appeal Court’s landmark electoral verdict which pronounced Dr Alex Otti of the All Progressives Grand Alliance  (APGA) as the validly elected governor,  displayed indirectly through his sponsored protesters.

Asking the Abia state embattled helmsman to accept the Appeal Court’s decision in good faith,  as a statesman that he (Okezie Ikpeazu ) has spent so much fund running elaborate media directorate to create an impression of a Statesman and patriot about himself, the Rights group affirmed thus: ” The Appeal Court, Owerri division has exercised her constitutional powers to invalidate the erroneous inauguration of the PDP’S Dr Okezie Ikpeazu as governor of Abia State and has returned Dr Alex Otti of APGA as the validly elected governor. It is criminal for the PDP’S  Okezie Ikpeazu to allegedly deploy state funds to prosecute street’s warfare by paying to galvanise organised chaos in major towns of Abia State in artificially arranged protest against a subsisting and binding judgment”.

HURIWA accused the Abia State legislature of behaving like a rubberstamp contraption charged the lawmakers thus:  “The House of Assembly of Abia State must stop behaving like house boys of Dr Okezie Ikpeazu the embattled governor  by sitting up and exercising it’s legislative powers to stop the wrong deployment of Abia State public fund to hire thugs to create uproariously unruly behaviours all over the State. Governors come and go but Abia State will remain forever just like how military barrack stays whilst soldiers come and go. The Abia people and leading stakeholders must speak out on principle and caution the embattled governor who has been legally dethroned to stop doing things that will make the State ungovernable for the rightfully elected governor.  The embattled governor should peacefully and constructively proceed with his appeal at the Supreme Court of Nigeria rather than indirectly sponsoring  charlatans and never- do -wells to pour our on the streets and constitute nuisances to law abiding citizens.  These choreographed protests are not spontaneous but organically organised and financially induced by persons with access to slush funds because our sources within intellegence and security sector told us that the participants were procured by elements within the PDP  in Abia State”.

HURIWA said in a statement signed jointly by the National Coordinator Comrade Emmanuel Onwubiko and the National Media affairs Director Miss Zainab Yusuf, that in as much as it backs the constructive exercise of the fundamental freedoms of free and peaceful assembly and of speech guaranteed by the Constitution of the Federal Republic of Nigeria of 1999 (as amended ) but insisted that these seemingly chaotic protests in Abia is procured by someone who has lost out in the court of competent jurisdiction and is fanatically determined to seat tight in the juicy office of governor and would rather than give up peacefully would prefer to create an atmosphere of social chaos to make the environment ungovernable for his successor who indeed has been pronounced the winner of the majority of the votes cast in the March 2015 governorship poll in which the heavily compromised and corrupt electoral commission stole away and handed over to the Peoples Democratic Party.

HURIWA challenged the embattled governor to dissociate himself from the thugs causing chaos now on the streets of Abia State in the guise of rejection of the Appeal Court’s verdict if he has nothing to do with these clearly financially heavily induced paid demonstrations.

HURIWA said: “Whilst we don’t oppose civil protests which indeed constitute the soul of democracy but these organised protests mustn’t be allowed to degenerate to chaotic lawlessness to make the political atmosphere ungovernable for APGA’S  Alex Otti who ought to be sworn in as ordered by the Court of Appeal in a landmark verdict. We congratulate the Appeal Court in Owerri Imo State for resisting all pressures mounted in the media by the embattled Abia State governor to scuttle the dispensation of justice in this  election petition. Peace must reign in Abia State whether Governor Ikpeazu stays or goes.”