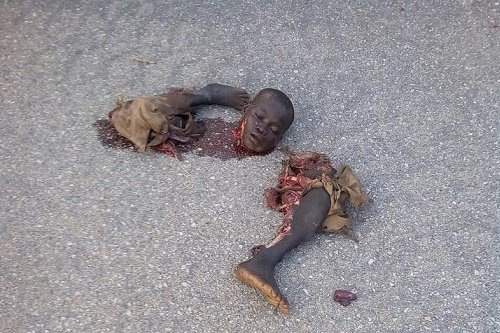 “He was gunned down by the vigilant sentry as he failed to stop when halted,” he said.

Usman also reported that “the accurate shot also detonated the Improvised Explosive Device vest and was blown into pieces.”

Since the emergence of this current government, President Muhammadu Buhari has made it clear, corruption, security and economy is his target in move Nigeria forward.

Nigeria has seen relative peace in security where the country last experienced suicide bombing 6 months ago.

Meanwhile, fighting corruption is on track as last weekend some judges including Supreme Court judges were picked for question after investigation found them culpable.

The only thing the current government is currently struggling now is the economy.

Citizens are saying the government should adjust its economic plans to suit the economic situation in the country.