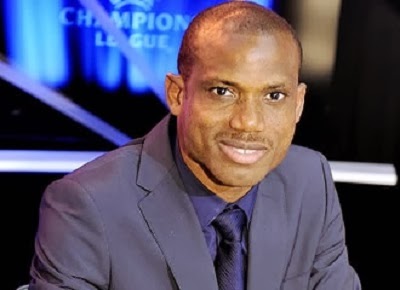 I have just read coach Sunday Oliseh’s [captured above] story on what transpired between him and ex-captain and goalkeeper, Vincent Enyeama in the Super Eagles Belgium training camp and which has resulted in the goalkeeper quitting international soccer.

While I feel sad about the circumstances surrounding how Vincent Enyeama quit the national team in view of his years of meritorious service to fatherland, I must confess that if coach Sunday Oliseh’s account is the true story of what happened, then I give a big kudos to him for standing up against indiscipline and insubordination.

Like I said in an earlier piece, without discipline, life or business or studies cannot succeed. I say this with the hindsight that except God, no man is indispensable. Life is like a barracks; its soldier come, soldiers go.

As for those criticising and attacking Coach Sunday Oliseh for not tolerating a clear exhibition of indiscipline, arrogance, insubordination and disrespect to constituted authority, I say to them, please, when you become the head or chief executive officer of any organization or home, allow your subordinates or people under your authority to be indiscipline, look down and disrespect you.

For those who are rejoicing over the Super Eagles loss to Congo yesterday in an international friendly, I say to them, na today? Football is a game in which you either win or lose and the hazards of the job of coaching are that, it is one of hiring and firing at any time.

Also, for those quarreling with coach Sunday Oliseh’s change of captainship because according to him, Vincent Enyeama was not keying in to his long term plan for the team, I need to remind them that Thiago Sylva was the captain of the Brazilian national team to the 2014 World Cup.

Today, however, he an ordinary player as the captainship band is now in the arm of Neymar who captained the team to the 2015 confederation cup in Chile and he is still playing and heaven has not fallen nor he called it quits with the national team.

On this matter, coach Sunday Oliseh has my vote to make sure his players are disciplined because that is the key to success in life.

Whether he wins or loses games, is another kettle of fish entirely; or, was Vincent Enyeama not in the Super Eagles team when we failed to qualify for 2014 world Cup and 2015 nations’ cup under ex-coach Stephen Keshi?