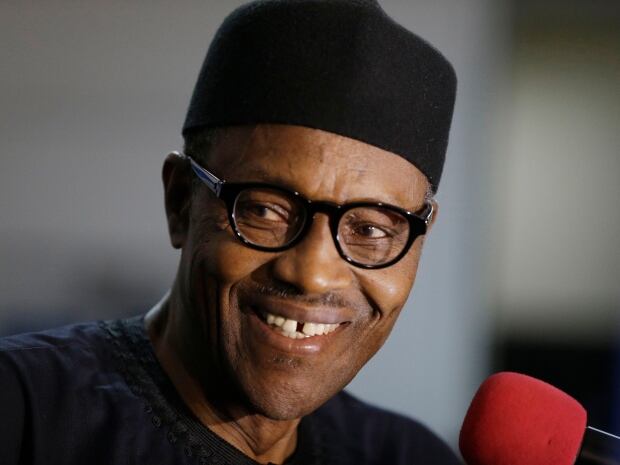 From his struggles to rule Nigeria from 2003, 2007, 2011 and now in 2015 when God answered his prayers, I think President Buhari is the most prepared leader

to govern Nigeria since independence. From his puritanical disposition, power of tenacity, courage, persistence, body language and his recent assets declaration, I believe that President Buhari has been thrown up by the forces of history to begin to reposition Nigeria to take her place in the global economy and politics.

Given the gamut of hate attacks, name callings and even attempts to take his life during the campaigns, the most vicious in the history of Nigeria, I believe that God has a hand in picking this 72year old man to rebuild Nigeria for all and sundry.

Not happy with the outcome of March 28 Presidential elections, a cross-section of the country has vowed to throw mud and stones to any decision the president has taken to move Nigeria forward. They have made it a point of duty to attack every step the man has taken to reposition Nigeria.

They say he is ‘Baba go slow without brains’, they say he has no plans for Nigeria, they say he is not prepared to govern at all, they say he is a jihadist, a tribalist who is confused about how to govern Nigeria. They are still very angry, hitting their heads against concrete walls, vomiting venoms and wishing that Nigeria ceases to exist as a political entity. But we can do better than this. Once elections are over, people are expected to support the winner and wait for the next elections.

President Buhari’s recent appointments escalated the matter further. Heaven was let loose and criticisms came from all corners and the noise was deafening and is still deafening as I write this piece. I share the sentiments of those who are protesting, I share their feelings and I love them but I love Nigeria more.

Nigeria and Nigerians have gone through many disturbing, frustrating and bitter journey to get to where we are today and given the state of the nation, I am of the opinion that time has come for us to do away with this ethnic balancing in the discharge of national assignments. It has become the biggest threat to national unity and development. Everybody now think about his State of origin and tribe but no one thinks about Nigeria as a country.

The country has been milked without conscience, gang-raped without remorse, pillaged and plundered without mercy and any attempt by the past leaders to address the drift has been met with stiff opposition from loyal kinsmen who felt one of their own is being stopped from stealing enough for his family and tribe.

Given the situation in Nigeria today I make bold to say that if President Buhari can find the first eleven from Benue State or Ebonyi State, he should use them to rebuild Nigeria. This approach appears to be too radical and provocative, but please think about it, think about Nigeria, and think about 16years of PDP in Nigeria.

Former President Obasanjo ruled Nigeria for 8years and yet there was nothing too spectacular to point to in the South West as landmark achievement. Chief Pius Anyiam from the South East and Ebonyi State has been the Senate President and Secretary to the Federal Government and yet the second Niger Bridge was not built, Enugu-Onitsha expressway was not rebuilt, Enugu-Port Harcourt expressway was not rebuilt and no serious federal presence was felt anywhere in the South East.

A recent world report says Nigeria is one of the world’s worst business destinations. Again, Nigerians are living witnesses of the upsurge of refugee crisis in Europe as a consequence of the Civil War in Syria and Iraq. We just need to buckle up to these new challenges to quickly build a country we can all be proud of. Let us be patient with President Buhari until he finishes with all the appointments and if any section of the country feels marginalized, they can now protest.

Unless some people are still deceiving themselves PDP ruined and decimated Nigeria in the past 16years. We know it, even PDP knows it and the world knows it also. There is no need for PDP to continue to maintain a bold face and showing Dutch courage in the face of the unmitigated disaster they left behind.

I am convinced beyond all reasonable doubts that President Buhari means well for Nigeria. He has shown through actions and deeds since May 29 2015 that he has an idea of how to get Nigeria out of trouble. As a former President, a former governor, a former Minister, Chairman of PTF etc I hold this truth which is self-evident that if given the right support and encouragement this President can restore the glory of Nigeria.

He needs all the support because corruption is fighting back ferociously. Corruption, like a raging fire is spreading its tentacles everywhere fighting to stay on. Let us support this President to break the backbones of corruption in Nigeria and fight it to surrender. If he succeeds and I am sure he will, Nigeria gains and all of us will gain also.

You are yet to publicly declare your assets – PDP to Buhari, Osinbajo