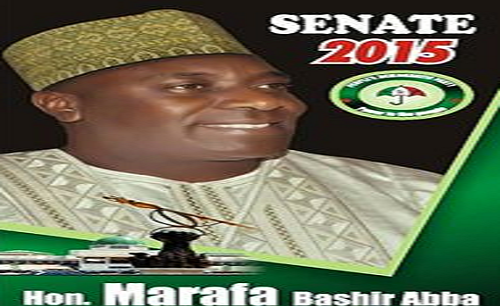 In their respective judgements that lasted over two hours,  the three judges, Justice Jummai Hanatu Sankey, Justice Duobele Abraham and Justice Maiwada agreed that the appeal lacked merit and was therefore dismissed.

They upheld the decision of the lower court sacking Marafa as senator representing Taraba central.

Recall that the lower tribunal had sacked Marafa for election malpractice where it ruled that Yusuf of APC be declared the winner of the senatorial election.

Speaking after the judgement, the Taraba state chairman of APC, Alhaji Hassan Jika Ardo, expressed satisfaction and lauded the judiciary for living up to expectation.

Ardo said urged APC supporters in the state to continue to remain calm as the party continue in search for justice in the court over snatching of its hard earned victories in the last general elections.

The greatest threat to world peace and stability is democracy