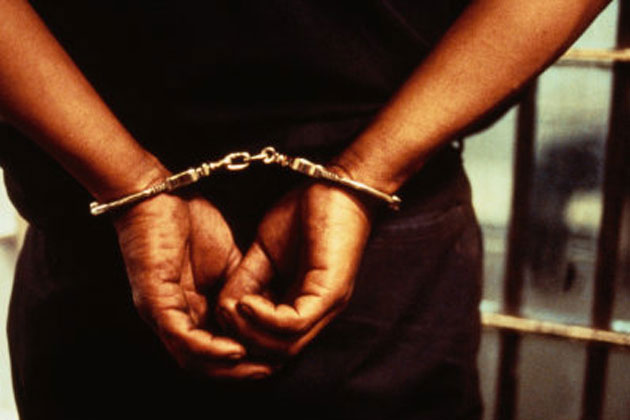 The Anambra Police Command has arrested a former member  of the   state  House of Assembly, Chief George Ike Okoye over the lingering land dispute between his Abagana community and their neighboring Ukpo community.

Okoye, a community leader and titled chief was said to have been arrested on Tuesday at his Abagana resident and had been in detention ever since.

The crisis has turned the Abagana/ Ukpo community road into a militarized area with fully armed policemen from the Mobile Police force in the state on a 24-hour stop and search checks of all users of the link road.

It is alleged that the people of Abagana torched Ukpo police station and two police patrol vans.

One Emmanuel Okafor, from Ukpo, was allegedly killed while four policemen were  injured in the crisis.

Meanwhile, no fewer than 23 persons from Abagana that were christened ‘terrorists’ by the police, had been arrested and charged to court on the matter.

Other arrests were made by the police, subsequently on the issue in what the Abagana people had described as indiscriminate arrests.

Abagana people have frowned at what they saw as indiscriminate arrests and attempts to discredit their distinguished and illustrious sons over the age-long dispute which had been decided by the courts of record.

According to them, “It was under such circumstance that George Ike Okoye was arrested.

“Everybody knows George as a responsible and highly cerebral person.

“George made a First Class in Architecture at UNN, and was also a presidential candidate.

“But the Anambra police is trying to mess him up because a money bag paid them to deal with the people of Abagana”, an anonymous source stated.

Theresa Nwafor who was released from police detention Saturday (Sept 10) evening said she was bundled into detention from her father’s house at Abagana by the police for doing nothing.

“They didn’t allow me to take anything with me, even my sanitary towel.

“They came to arrest my father, Chief Joseph Nwafor.

“But my father was not at home when they came, so they picked me and sister and detained us from 7th September  to 10th of September.

“They came with some youths from Ukpo.  They scaled our wall to effect  my father’s arrest.

She said they came after her 68- year-old father because he was the person in custody of the original documents of the disputed land.

She alleged that an order had been given to  arrest her father dead or alive.

“The Inspector-General of Police should  intervene . Our lives and property are  threatened.

“The Ukpo oil magnate  has purchased the Anambra  police; they are painting the state as a terrorist state

He said “I don’t  want you to drag me into that  topic.  The matter  is in court and I won’t want to talk about it”.