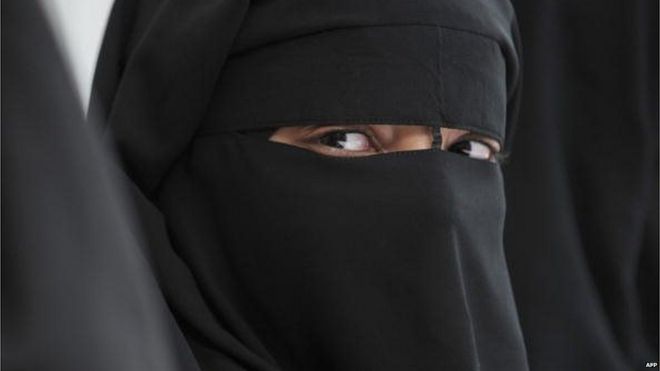 Senegal plans to ban women from wearing the full-face Islamic veil in public in an attempt to curb jihadi activity, the interior minister has said.

The move should not be seen as anti-Islamic, as Senegal was a mainly Muslim state, Abdoulaye Daouda added.

If the plan becomes law, Senegal will be the fifth African state to restrict the wearing of the full-face veil.

In another move to target militants, all unregistered Sim cards are to be deactivated by the end of November.

Last week, its President Macky Sall, a Muslim, called for a courageous fight against militant Islamists.

Chad, Gabon and Congo-Brazzaville have announced similar bans, while Cameroon introduced it in July in its Far North region.

All of them are former colonies of France, which caused uproar in 2011 when it became the first European country to ban the full-face veil from being worn in public places. 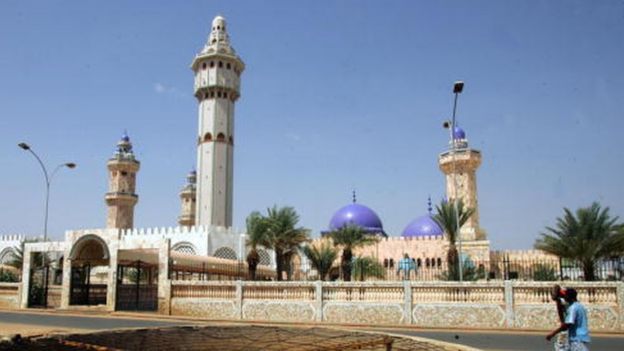 People cross the street in front of the Great Mosque in Touba, the holy city of Mouridism, 01 November 2007. Most Muslims in Senegal follow a tolerant version of Islam [Image copyright: AFP]

Chad and Cameroon have been targeted by suicide bombers, linked to the Nigeria-based Boko Haram group, whose militants sometimes wear the full-face veil as a cover to enter heavily populated areas.

Senegal has not been attacked so far by militant Islamists.

However, about two weeks ago officials said that at least two imams had been arrested for suspected links with militant groups, in the first such case reported in the country.

Mr Daouda said the plan to ban the full-face veil was in the interest of national security.

Last week, Mr Sall said the full-face veil was not compatible with Senegalese culture and the tolerant Islam practiced by Muslims in the West African state.

Only a tiny minority of Senegalese women wear veils and most also do not cover their hair.

In another move to curb militant Islamist activity, Senegal has set a 30 November deadline for the registration of all mobile phone Sim cards. Otherwise, they will be deactivated.