The Buhari Economic Policy Direction That Excites Me By Abubakar Usman 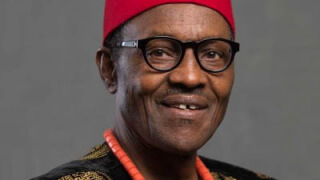 I have heard and I have read, many people say that the government of President Muhammadu Buhari does not have an economic direction. That this is the reason why things are getting bad in the country. My submission is that people who share this opinion have either refused to tell themselves the truth or they live elsewhere outside this world. However, I have decided to pen this piece to let them know that not only does the Buhari government have an economic direction, it is also one that looks very promising.

In the last few months, particularly since President Buhari took over the mantle of leadership, things have really taken a nose dive. The hunger in the land is increasing, the unemployment rate is worsening and the poor are getting poorer. Was this unexpected? The answer is a clear no. What we are witnessing today is not a factor of a Buhari government. I posit that Nigeria would still have been witnessing the same thing or even worse if Jonathan were to be the president today and I will tell you why.

Looking at the above figures, the believe was that Nigeria’s economy was on a good footing, but this is not exactly so. Why the growth figures are good, the successes recorded are largely uncoordinated, especially because the structure and quality of growth were not considered. This is why the UNDP Human Development Report, 1996 stated that “unless governments take timely corrective action, economic growth can become lopsided and flawed. Determined efforts are needed to avoid growth that is jobless, ruthless, voiceless, rootless and futureless.” Take unemployment for example, despite the huge revenue from oil between 2011 and 2014, the unemployment rate never really dropped. In 2013, its was 24.7% and in 2014, it stood at 24.3%. Even in 2012 when the yearly average of oil earning was $113, unemployment rate stood at 27.4%.

The question then is why are most Nigerians poor despite rising revenues and GDP growth?  The answers are not far-fetched. Firstly, oil which is Nigeria’s main revenue does not by itself, create many jobs. Jobs created from oil are only a few compared to the revenue it generates. Secondly, is the issue of corruption and lack of transparency that was pervasive in the last government. Over the last four years, there have been several alarming and scandalous cases of corruption in Nigeria. From the $6bn Fuel Subsidy Scam to the missing $20billion NNPC scam and the 300,000-400,000 barrels of oil per day that was stolen from the country amongst many others. And juxtaposing this with the fact the infrastructural problem of the country especially in areas of roads and transportation; power; Information technology continue to suffer neglect despite huge revenue, it will be a mirage to think that Nigeria can be repositioned for success.

One other thing responsible for the poor state of affairs in the country is the fact that the poor population of 110 million Nigerians lack access to healthcare, education and other social welfare programmes due to low spending on these sectors by the last government.

So what is the way forward? What is the Buhari government doing differently? Since coming into power, President Buhari has put in place measures specifically to shore up the revenue of government because no matter how lofty your plans are, you can only implement those plans where there is money. This is why the president has ensured transparency in the oil and gas sector with the appointment of Dr Ibe Kachiku as the GMD of NNPC who in turn has taken measures to reform the sector and block leakages in oil revenue. The president also appointed Babatunde Fowler, the man who turned around the revenue of Lagos state to head the Federal Inland Revenue (FIRS) and Hameed Ali into the Nigeria Custom Service (NCS). With the reforms and re-organisation going on in these two agencies of government, the plan is to ensure that revenue earned from both surpasses the revenue generated from oil.

The directive that all Ministries, Departments and Agencies of the Federal Government register for the Treasury Single Account domiciled with the Central Bank of Nigeria is also another measure to shore up government revenue. At least N1.4tn had so far been paid into the TSA to date, an amount that would have been available to looters to feast on in previous administration.

In addition, the government is also pursuing an anti-corruption agenda to prosecute and bring to justice, those who turned the country’s resources into their private pockets. Though, nobody has been convicted so far, but some perpetrators have been taken to court and some amount of money recovered. I believe details on this will be made available soon.

Away from shoring up revenue, government has also put in place measures to invest in the people (social sector investment).To achieve this therefore, the government has outlined an objective of stimulating and supporting the establishment of world class skill acquisition centres in all 109 Senatorial Districts of the Federation. The government has also made a commitment to provide one meal a day for all primary school students which will create 1.14million jobs in agriculture, with a multiplier effect in increased food production and attract investment.

Boosting rural economy, lifting millions out of poverty through a conditional fund transfer to 25 million poorest households to incentivize vaccination, education and production is also at the heart of the government. The government is also set to diversify the economy by investing in the areas of Agriculture, Manufacturing, Entertainment  and Technology as well as boosting education and  building capacity to improve teacher quality with the expectation of having an educated population to increase economic potential for productivity.

All these are important because according to the IMF: “Specifically, if the income share of the top 20 percent (the rich) increases, then GDP growth actually declines over the medium term, suggesting that the benefits do not trickle down. In contrast, an increase in the income share of the bottom 20 percent (the poor) is associated with higher GDP growth. The poor and the middle class matter the most for growth via a number of interrelated economic, social, and political channels.”

With the efforts at shoring up revenue as I earlier outlined, the government will have the resources to implement these programmes, the resultant effect of which would be more jobs for Nigerians, an educated and healthy population, a repositioned economy built on structures and quality of growth and a population lifted out of poverty. If this is not an economic direction, I wonder what is.

Abubakar Usman is a member of the Buhari Media Support Group

TSA: How N25bn is embezzled daily under Buhari’s watch – Melaye