The Kogi State Dilemma and the Timipre Silva Debacle

It is said that a people gets the kind of leaders they deserve. But that is not always true. Except it is also true that some people are condemned to bad leadership no matter how inherently good they are. If that were to be the case Kogi State would provide a good example of a people destined to endure the misfortune of misgovernance. But the state is sufficiently blessed with brilliant minds and accomplished individuals in various fields of human endeavours, who I am confident, will not allow such unkind tag to stick. At least not any much longer.

However the onus is on Kogites to disprove the strong suspicion that they suffer a compulsive disorder of making and living with leadership choices detrimental to their wellness and well-being. Or put in another way, the people have a duty to dispel the impression that the political elite which forms a minute proportion of the population can perpetually determine their collective destiny at all times. Objective observers, especially those resident in the state, will not find it hard to concur that for 16 consecutive years of this democracy Kogi has been blessed with anything but good leadership. And it does not take even a stranger much to reach this conclusion. A passage through Lokoja, the state capital is enough proof that something fundamental is wrong with those who govern and have governed Kogi and that something significant is clearly amiss with the workings of its political machinery. 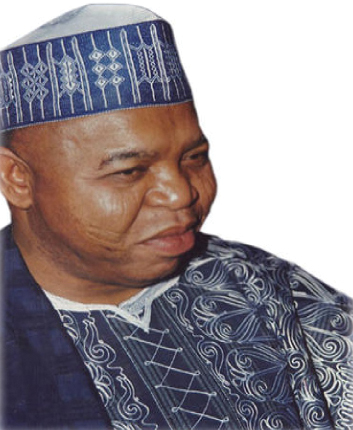 It is very telling that a state so endowed with the goodies of mother nature like the uncommon confluence of rivers that comes with its peculiar abundant tourist and economic potentials which if properly harnessed can bring Kogi to the status of Dubai in the United Arab Emirates, remains so backward and rustic. Nothing bespeaks more of the paucity of sound and beneficial initiatives from successive leadership than the shameful inability to simply take advantage of the arterial status and geographical centrality of the state to make it a hub of tourist, commercial and economic attraction in Nigeria and even beyond.

It is sad that in all of the plans (and subsequent project execution) by the federal government to dredge the River Niger from Lokoja all the way down to Warri the state government is not on record (I stand to be corrected) to have imputed any initiative to key into the project so as to be able to better explore Kogi’s maritime potentials. This missed opportunity which compounds the state’s backward economic status is only symptomatic of the cluelessness of those at the helm of affairs. The painful part of it all is that this class of underperformers has colluded together irrespective of party affiliations as it were, to take the state hostage. They hold Kogi by the balls and have vowed to take turns at maintaining the rapacious stranglehold.

That explains why the politicians have once again presented to the people a choice between the devil and the deep blue sea. With the primaries of both the Peoples Democratic Party (PDP) and the All Progressives Congress (APC) concluded and given the very unlikelihood of a strong third force emerging, the people of Kogi State appear to be set up for another round of endurance trek in the valley of undesirable leadership. The antecedents of the PDP candidate, incumbent governor Idris Wada and his APC counterpart, Abubakar Audu provide convincing evidences to buttress assertion. Because both men have done a term apiece as governor of Kogi the people of the state have a valid assessment template to judge their capacities and mirror current campaign promises against past performance.

Mr. Audu emerged as the first governor of the state in the extant dispensation after winning election on the platform of the PDP in 1999. After four years on the saddle the people felt so disappointed with his stewardship that many of them took to the streets in jubilation when he lost the bid to be reelected for a second consecutive term as guaranteed by the constitution. It is hard to find any worthy legacy that can be credited to Audu’s reign as governor except perhaps, the vain act of naming a tertiary institution belonging to the state after himself. Part of the legacies of course is his arraignment in court for allegedly stealing billions of Kogi State funds by the Economic and Financial Crimes Commission (EFCC). It is not clear if he has morally discharged himself from that moral burden even if the legal aspect of it has been questionably applied. By the way, it will be interesting to watch President Muhammadu Buhari as party leader mount the soapbox and raise Audu’s hand as one of his (prospective) partners at the sub-national level on his anti-corruption war. However, if the APC is convinced enough that a man with

such heavy baggage is the best material to prosecute its Change manifesto, it remains to be seen how the party can convince the electorate that Audu is the messiah Kogi needs for the next four years. This is a tough call if you ask my opinion.

A tougher call for Captain Wada too I must quickly add. I say so because as an incumbent with all the supposed advantages of incumbency his second term bid comes against the combined forces of his lackluster performance in four years and the ravaging push of APC populism powered by the Buhari brand. Governor Wada’s saving grace and best selling point for the November 21 governorship election would have been a satisfactory performance in his expiring first term. This would have provided him a bulwark of support built by the people of Kogi State themselves to effectively match the Buhari effect of the APC against him. But Wada has wandered so aimlessly in the last four years that even the bad roads leading to the Government House in Lokoja have failed to catch his attention.

Unfortunately, he seems the best material the PDP in its wisdom believes can do the magic for the long suffering people of Kogi State. Like two sides of same coin it is the same warped wisdom that the APC apparently applied in presenting a discredited former governor as its candidate for the election. This is the dilemma Kogi State has found itself. And this is why its people are called upon to prove to the rest of the civilized world that the state can redeem itself from the curse of bad leadership inflicted since 1999. From four years of Abubakar Audu to eight years of Ibrahim Idris, the unprepared carpenter-turned-politician, to the current term of Capt. Wada the confluence state has drifted in the back waters of development. How the people wriggle themselves from this current conundrum of Wada versus Audu is entirely up to them. It is their call and the world is watching.

Just like the nation is keenly observing the melodrama ensuing in Bayelsa State where Timipre Silva, APC chieftain and governorship aspirant (as at time of writing this column) in the December 5 Governorship election is acting like a desperate cowboy. Like Audu of Kogi, Silva is a former governor of Bayelsa State who has been arraigned for corruption by the EFCC and is in fact still struggling to clear his name in court. He seeks a return to Government House to apparently assuage the hurt inflicted when denied by then President Goodluck Jonathan from getting the PDP nomination for second term about four years ago.

To be sure Silva’s governorship ambition is in pursuit of his fundamental right to seek public office through the ballot. And if eventually nominated by his party he would have opportunities to convince the people of Bayelsa that he is the right choice to succeed incumbent ‘Contriman’ governor, Seriake Dickson. But the way and manner he has gone about his attempts to secure the APC nomination leaves much to be desired of one seeking to govern the state.

Without delving into the details of the botched APC governorship primary much of which is in the public domain already, one can safely surmise that Silva has done avoidable damage to his aspiration. From his indecent public diatribe with Gov Adams Oshiomhole who chaired the electoral panel of the cancelled primary; to his insistence on remaining governorship candidate from the controversial exercise; and then to the indiscretion of diametrically opposing the national working committee of the party; Silva has displayed qualities that have reduced his political worth in the eyes of Bayelsans.

A truly popular politician would be willing to avail himself of a repeat primary election without raising so much hot air to the point of being challenged to seek legal redress by the national chairman of his party. If he wins the APC nomination eventually, Silva would only have won the battle and not the war. That would be for the generality of the people of Bayelsa to decide. And from the way the former governor has conducted himself in the botched primary, he has burnt bridges that could return him to political Eldorado. This is the debacle Silva has placed himself. But he is a politician nonetheless and given our kind of politics in this clime, nothing is impossible.

In any case, Mr. Dickson has a titanic reelection battle on his chest. Silva could either be his Achilles’ heel or the silver lining in his sky.

The 2014 National Conference Report Must Live