The Leahy Act: Why America is right to deny Nigeria weapons sales 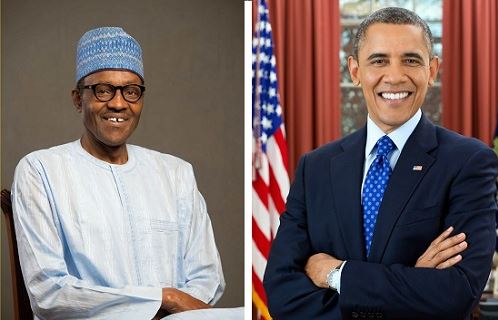 violations being perpetrated by its armed forces and other security services.

Owing to the supply of much evidence by amnesty international, its own intelligence services and other civil rights organisations in regards to massive human rights abuses by the Nigerian army, the American government invoked the Leahy act and banned all sales of weapons to the Nigerian armed forces.

Senator Patrick Leahy himself had described the Nigerian army as an “army of rapists and murderers” in reaction to the unassailable evidence of extra-judicial killings and rape perpetrated by the army.

In following this debate, I have come to the conclusion that Nigerians are largely a people highly prone to and accommodating of injustice. Perhaps this explains why the country itself is a hell hole of injustice and misrule by successive leaders and enablers that have functioned on the same   templates of injustice.

More tragically, Nigerians expect other more civilised climes to share our bankrupt values that totally disregard the dignity of the human person; this is why Nigerian commentators have vilified America for refusing to sell arms to a historically murderous and rapist Nigerian army. No people that lay claim to any civilisation more so in the 21st century can sell arms in good conscience to an army that is verifiably involved in human rights violations such as the Nigerian army. The Americans have a lofty civilisation to uphold and are right in that regards to decline weapons sales to the Nigerian army.

It was the pogrom/genocide unleashed by officers and men of the Nigerian army against innocent Eastern civilians in the 60’s that led to the Nigeria-Biafra war while the officers and men who even went on to commit more atrocities in the course of the war were rewarded with promotions, with many of them constituting the ruling elite in the aftermath of the war. Such licence to kill rape and pillage without punishment only served to consolidate the culture of impunity which has continued to this day and spread to other security services such as the police force and others.

The consequence is that wherever you send the Nigerian army or police for security duties they inevitably end up raping, extorting and carrying out extra-judicial executions on mostly innocent civilians. Whereas some states in the South of America still fly the confederate flags and peaceful rallies in support of the confederacy are all but routine, just a few days ago the Nigerian army killed pro-Biafran protesters exercising their fundamental rights to peaceful protests in Onitsha. If citizens cannot engage in peaceful protests why do we claim to be a democracy and why does anyone expect any civilised nation to sell arms to such an army?

While the police force is notorious for roadside executions in the course of extorting sums as little as N20 naira, in all recent military deployments from Odi in the Niger-Delta to Zaki Biam in the North central and to the battle against Boko Haram in the Northeast, the Nigerian army has raped thousands of women and carried out extra-judicial executions including beheadings of thousands of people. The evidence abounds everywhere as countless videos which captured such executions and beheadings by the Nigerian army of sometimes very young children are available online.

It takes a totally debased army to be engaged in such unconscionable violation of rights of even its own citizens that it is constituted to protect. Instead of calling for a root and branch reform of the Nigerian army and punishment of all those implicated in human rights violations from the 60’s to prevent a re-occurrence of such dastardly acts,  Nigerian commentators are busy playing the devil’s advocate and defending the indefensible.

For those who make laughable comparisons with the Israeli army, it is important to note that the Israeli army has never raped or carried out extra-judicial executions of Palestinians. The Israeli army has never entered any Palestinian enclave and carried out mass extra-judicial executions of civilians as the Nigerian army is notorious for. Even its bombing campaigns are usually preceded with warnings and leaflets asking civilians to evacuate the targeted areas. Those captured in the course of conflict are imprisoned and not executed in line with the Geneva Convention laws of war.

Besides, Israel unlike Nigeria is self-sufficient in weapons production and does not really need American weapons to wage a war, unlike Nigeria whose internal contradictions, misrule, mismanagement, policies of marginalisation and ethnic suspicion has rendered incapable of producing its own weapons thus making it a failed state that shamefully runs around the world begging to buy arms.

What Nigeria needs for now is a massive re-training and re-orientation of the Nigerian army while at the same time punishing all the culprits implicated in previous human rights violations. Crimes against humanity have no statute of limitations and the Nigerian government should go as far back as possible to hold such criminals accountable instead of expecting America to share our debased values that is nothing other than an assault on the sensibilities of any civilised people.

Its only when that is done that we can have a truly professional army well worth its name,  that respects human rights  and be in a position to buy arms without any restriction and indeed be capable of producing our own to meet immediate needs. Nigeria has a deeply embedded culture of injustice that is accommodating of all absurdities, this explains why instead of soul searching, commentators have chosen to criticise the Leahy act that seeks to protect human rights. We need look no further to understand why we have an unending cycle of bad leadership and nation that resembles a zoo rather than a human society.

Injustice consumes all in its path as no one knows where the army will deployed tomorrow at which point being on the receiving end the present critics of the Leahy act will definitely have a different opinion. Except we collectively strive to create a nation that upholds the fundamental rights of its  citizens we all could one day be victims of the human rights violations we so callously condoned when others were the victims.