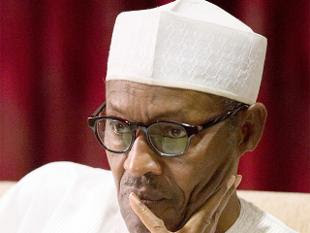 Perhaps more important than the Constitutionally enshrined and assigned role of a President or Head of State of any territory as the Head of the Government of such country with all its related authority and powers is the salient, and yet quite evident, role such person plays as a role model to the highly impressionable youths of such territories. In addition, the position of President automatically confers on the holder of such office, the status of Mentor-extraordinaire to citizens of his country and represents the face of a territory to the international community.

It is for the above enumerated reasons that the issue of integrity, uprightness, truthfulness and fidelity be not only imbued in whosoever becomes the President of a country but also manifest and exude for all to see. In climes desirous of progress, the foregoing qualities must reside in the Head of Government and when these qualities are found wanting, it inhibits possibilities of ascending to the Presidency. If a person has already ascended to the Office of President, the discovery that the foregoing qualities were absent, were falsely assumed or become compromised, provides sufficient reason for the pretender to the office of President to either resign his position or get thrown out of office to avoid continued desecration of a position of trust.

On the converse, in territories where corruption has been elevated from a scourge to the status of an ‘accepted’ way of life, the issue of truthfulness, integrity and related virtues are considered external and tertiary luxuries which are of no moment in deciding who leads, or to be more apt, who rules or continues to rule, where the vice of deceit is discovered in the course of an elected politicians tenure.

It is with the foregoing in mind that effort will be made here to appraise the present ruler of the Federal Republic of Nigeria, Muhammadu Buhari, who alongside the political platform upon which he got (s)elected as President, are striving assiduously to retell the tales and belie their various promise which were told the Nigerian populace prior to the 2015 Presidential elections.

 From the failure to abide by a self-declared undertaking to publicly declare his assets and ensure that all his appointees likewise declare their assets;

 To failure to stand by a publicly proclaimed resolve affirming that the unconstitutional Office of the First Lady of the Federal Republic would not be maintained in the event that he won elections;

 To total discountenance of a firm commitment to eradicate Boko Haram from the Nigerian landscape within 2 months of getting into office;

 To the recent pronouncements from the Presidency that nothing and absolutely nothing was promised or assured Nigerians prior to the (s)election of Muhammadu Buhari as President, a renunciation ably affirmed by the National Publicity Officer of Mr. President’s political party, Mr. Lai Mohammed (a very apt name for a man whose livelihood is based on his ability to hoodwink the public), who added that nothing was promised to Nigerians within the first 100 days and that anyone who thought otherwise could go to court;

 And denial of a “Covenant With Nigerians” (see link below) which had been well publicized prior to the elections; Nigerians have come to realize that they have been scammed into (s)electing a character, adept at masquerading as a man “who comes with a reputation of integrity”, whose very and every words are not worth the paper they are written on, as President, alongside his cabal of unscrupulous opportunistic politicians.

The implications of the various lies told on the way towards ensuring electoral victory has both domestic and international implications. At the domestic level, we will have to live with the following dire outcomes:

a.  It has dawned on Nigerians that nothing said, either directly or by implication, by this regime is bankable. We will have to take each day as we see it and gird our loins for whatsoever is thrown at us (or in the alternative be ready to do the needful to bring the continuing aura of deceit and impunity to a halt before its expected termination in May 2019).

b. Our youths and those aspiring to positions of leadership may become infused with the believe that it is okay to say whatsoever merely to get elected, and once the elections are over, deny all that was ever said, published in concrete or wheresoever, as the mere hallucinations of the electorate; and

c. Our youths will believe that lies and deceit pays. If lying and falsehoods gets someone the plumiest job and position in the land, why not tell a few lies to get bye, whether in business, social life or otherwise.

In keeping with the mentorship of the rulership, there will clearly be a corresponding increase in episodes of the notorious ‘advance fee fraud’ {419 scams} routinely associated with Nigerians if the rot being perpetuated on Nigeria and Nigerians are not immediately redressed.;

At the international level, in addition to the soiled image bequeathed on the Nigerian state by decades of kleptomaniac rulership, military and civilian alike, which has served to render our otherwise very vibrant and resourceful population to a life of destitution in several foreign territories, it will become extremely difficult for members of the international community to enter into bilateral and multilateral covenants with a regime that cannot keep its covenant to its own population. It will be myopic for anyone to think that the lies being told to Nigerians by the present régime, in this age of the internet, has not become known to all and sundry across the globe.

Is all hope already lost? Certainly not! It is simply damned too early to lose all hope in a regime that has barely begun. The Buhari regime may yet decide to retrace its steps from its path of falsehoods, lies, deceit and denials and chart a new course along the path of truthful engagement with its population.  When all cards are properly laid on the table and apologies for misdeeds rendered, then a fresh start based on fundamental virtues of truth, justice and integrity may yet be initiated.

If this is done, Nigerians are ever ready to join hands with the regime and explore means of righting wrongs and moving the polity along. If however the regime continues in its arrogant mien of a conqueror who has ‘successfully conned the people’, history and reality teaches all that whatever that is founded on falsehood is merely transient and that once a people have become aware that they are victims of deceit and fraud, those who perpetuated the fraud to get into office are no different from armed hoodlums who seize a territory and hold the citizens therein captive – you may have power, but lack legitimacy! In the goodness of time, the people will take back what rightly belongs to them.

ISIS – Time to end the pestilence of terrorism