The Politics of Appointments – by Okoi Obono-Obla 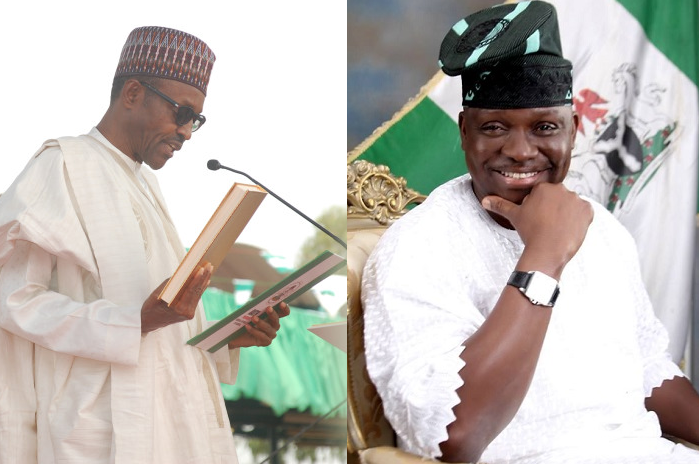 The other day, Governor Ayo Fayose tried to whip and stir up regional and ethnic passions and sentiments when said that the Heads of the three branches of government Nigeria under President Muhammadu Buhari is effectively in the North.

Obviously Governor Fayose’s statement is nothing but demagoguery, intended and calculated to deceive the undiscerning and stir ethnic and regional anger against the Federal government under President Muhammadu Buhari.

This was after the Council of States approved the nomination of Professor Mahmood Yakubu by President Buhari for confirmation by the Senate as the Chairman of the Independent National Electoral Commission. It is pertinent to note that Professor Yakubu is from Bauchi in the North East.

But is Nigeria not divided into two geopolitical territories; north and south (as Governor Fayose would want us believe). It goes without saying that politically and constitutionally there is no Northern and Southern Nigeria.

So it is certainly out of fashion for anybody to be talking about North and South almost 101 years after the amalgamation.

Constitutionally and politically, and administratively, Nigeria is divided into 36 States and a Federal Capital Territory, Abuja.

It is worthy to mention that administratively and the purpose of sharing of political appointments and ensuring balance, the country is conventionally divided further into six geopolitical zones namely, the North West; North East; North Central; South West; South East and South/South.

Assuming (without conceding that there is an entity known constitutionally as Northern Nigeria) is it true that President Buhari should be blamed for the Heads of the three branches of government in the country coming from the North.

The answer must be in the negative. It is settled that President Buhari was elected by the people of the Federal Republic of Nigeria on the 28th March, 28th March, 2015 in accordance with the provisions laid down in the Constitution. So nobody should blame for that.

The Senate President, Dr. Olubukola Abubukar Saraki is from the North Central geo political zone of the country. But ethnically he is Yoruba. He was elected Senate President mostly by Senators from the South/South and South East on the 9th June, 2015. President Buhari cannot take the blame for it.

It is worthy to note that the; leadership of the All Progressives Congress, APC had planned to zone the position of Senate President to the South East.

But the people of the South East totally rejected the APC in the National Assembly election and vote for the Peoples Democratic Party (PDP). So this scuttled the plan of the leadership of the APC to zone the position of Senate President to the South East.

It is therefore uncharitable for anybody to blame President Buhari for the emergence of Dr. Olubukola Saraki as the Senate President.

He was elected Speaker by the membership of the House of Representatives.

It follows that President Buhari cannot take the blame for the failure of the South/South and the South East to vote for the APC to become a force to be reckon with.

It is the bad politics, short-sightedness, the greed of the political elite from these two regions that decided to play politics of ethnic and regional card in the wake of the general election that should be blamed not President Buhari.

Yes, the Head of the Federal judiciary branch of government is the Chief Justice of Nigeria in the person of Justice Mahmud Mohammed. He is from Taraba State in the North East.

So his appointment was not based on ethnic or regional balancing but on merit. So can any fair minded person blame President Buhari for this state of affairs?

What is all this fuss of where anybody comes from? Does it better to the people of the North East that the Chairman of the Independent National Electoral Commission is from there?

What tangible benefit did the people of the South/South derived from the presidency of Jonathan?