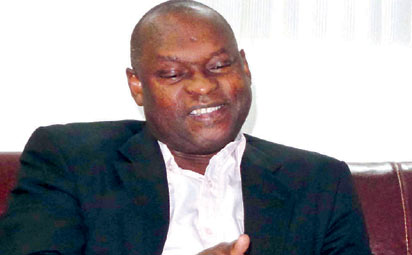 However, that I managed to navigate so many difficult situations as chairman of the THISDAY editorial board, especially in 2011 and early 2012, was because I had a man like Mallam Abba Kyari not only as a moderating influence but also as my adviser and guardian angel. If the discussion of any issue (especially online) got heated and he sensed that some people were crossing the line, Kyari would either call or send me a personal mail on how he thought I should intervene. And his counsel always worked.

Incidentally, until the THISDAY editorial board brought us together, I only knew Kyari from a distance. But today we are almost like family members, given how closely we have interacted in the last four years. And he is a man who has inspired me a great deal just by the way he comports himself. Despite his rich academic, family and professional pedigrees, Kyari, who curiously maintains a leftist disposition to economic issues, lives an austere lifestyle that speaks volumes about his integrity.

A voracious reader and an articulate mind (a good number of the books in my study were bought for me by him), Kyari is most fitting for a job that requires, among others, making critical judgement calls and proffering options from which the President can choose in good and bad times. At this period when a presidential declaration that links appointments to the number of votes secured at the polls from specific areas is fast becoming, not a misspeak, but a Freudian Slip, Kyari is not only an asset to President Buhari, he is invaluable to Nigeria.

As I had cause to argue in the past while making a distinction between ethnicity which promotes harmony in diversity and ethnocentrism which hinders growth and development, equity in appointments and opportunities in a plural society such as ours is very important. Beyond giving emotional satisfaction and sense of belonging, equity is good for social capital, national cohesion and development. And to the extent that there are obvious gaps, to put it mildly, in the appointments made so far by President Buhari, he definitely needs around him at the Villa credible and fair-minded Nigerians. That is the value Abba Kyari brings as Chief of Staff to the President.

I wish him every success in his new assignment.

The way most people would react if you abuse their mother was the way the late Nigerian Ambassador to the United States, Prof. Adebowale Ibidapo Adefuye usually reacted if any non-Nigerian said something negative about our country. He always took it personal. I witnessed two of such occasions in the United States, one in November 2010 at the Chinua Achebe Colloquium at Brown University in Providence, Rhodes Island and another at the Harvard University Nigerian Seminar in March 2011. In both instances, Adefuye was most combative in defence of Nigeria.

However, the remarkable thing about the late ambassador, as attested to by those who knew him very well, is that he was like that throughout his diplomatic career essentially because he was not the kind of man who would hide his feelings no matter the circumstances and regardless of the audience. As Nigeria’s ambassador to Washington, Adefuye considered it his duty to challenge those who would not say nice things about his country and nobody was too big or too small for him to take on. He was not very popular for it but he never really cared. He was a fierce patriot of Nigeria to the very end.

Personally, Adefuye was a very warm and friendly man who took a liking for me and hosted me twice in Washington in the course of my one-year sojourn in the United States during the 2010/2011 academic session. Incidentally, when I went to cover the last US Presidential election in Washington on 6th November 2012, the late ambassador asked me to join him in his vehicle as we criss-crossed three states together, observing the voting process. And having found out it was my birthday; he hosted me to a special lunch of Nigerian meal later that day.

May the late Adefuye find rest for his beautiful soul and may God comfort the family he left behind.