They love to see the blood flow – by Femi Fani-Kayode 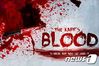 I just watched a horrific video of hundreds of young men in the traditional orange prison garb.

They were in shining new handcuffs and their eyes were filled with the darkness of hopelessness, helplessness and sheer terror.

They reminded me of Sallah rams and Christmas turkeys just before the slaughter.

Their bodies were hung upside down on a butchers meat-hook whilst their throats were slowly slit wide open with a sharp long knife and their blood drained into a metal gutter by a group of jihadist terrorists.

I was badly traumatised and pained as I witnessed the life flow out of them and heard the bloodcurdling screams, the frightful moans and groans and their pitiful and child-like begging as the blood streamed down their bodies in gallons and fed the waiting gutter.

After that came the powerful water hose, like those that are used in a modern abattoir, to wash away the blood and clean up and drain the metal gutter.

The whole thing was cold, clinical and barbaric and it made my heart beat ten times faster.

These were not animals that were being butchered and diced like Chinese fried pork but human beings, each of whom had their own dreams, hopes, aspirations and loved ones.

It was worse than a horror movie: it was today’s harsh reality.

That sight and those sounds will never leave me. They are a living and undeniable testimony of man’s inhumanity to man.

They are incontrovertible and irrefutable evidence of the fact that, as the Holy Bible says, “the tender mercies of the wicked are cruel”.

That pain conjured up a living force in me and inspired and moved me to write the following words.

I struggled desperately to get into the minds of the barbarous beasts that have dedicated their lives to the devil and that commit such heinous and mind-boggling crimes with such passion and ease.

They reminded me of those in our own nation that share a similar disposition and that are given to shedding innocent blood at the drop of a hat either in the name of their god or for the sake of their cows.

What I discerned and saw and what came to my spirit was as follows.

They love to see it spattered all over the walls. They love its smell and its warmth.

They love it even more when it is the blood of infants and babies. They thirst for it. They yearn for it.

They love sharp knives and cutlasses. They love violence and aggression. They love tribulation and turmoil. They love tears and hardship.

They are the children of the Amalekites, the first born of Al Qaeda and the bastard offspring of ISIS and the Taliban.

They are the blood brothers of Al Shabab, Hamas and Islamic Jihad. They are the headhunting herdsmen that come in the dead of the night spreading terror and carnage and riding on the wings of the Angel of Death all in the name of grazing their accursed cows.

They are the Janjaweed of Darfur, the Barbarians of the Rhine and the frenzied hordes of Atilla the Hun and Ghengis Khan all rolled into one.

They are Hell’s most loyal and faithful: the servants of the Lord of Flies. They are the seed of destruction.  The children of Satan. The enemies of humanity.

The purveyors of poverty. The merchants of slavery. The slayers of children. The drinkers of blood. The eaters of human flesh and the mockers of our faith.

They are debased, dehumanised, depraved and devoid of any feeling or compassion. They are totally evil and evil is their name. They are indeed the darkness that seeks the darkness.

Permit me to conclude this insight with a brief word on the tragic and unfolding events in southern Kaduna which has been plagued and afflicted by attacks from the herdsmen.

The bitter truth is that Southern Kaduna has been turned into a blood bank for those who delight and deal in the shedding of blood.

What people need to understand is that those that are funding carnage, that are behind it and that are encouraging it are using the killings and the blood of the people of Southern Kaduna and the Shiite Muslims as a ritual sacrifice.

They will never stop it. They need it. They want to be President in 2019 and they are paying for it with the blood of Christians and Shiite Muslims today.

Others did the same in 2011. All the killings that took place then were necessary for the relevant person to ascend the throne by 2015.

Some even sacrificed their own children. This matter is deeper than most people think or appreciate. It is not political. It is not religious. It is spiritual.

Blood is the currency in the spirit realm. They need it to get what they want and to feed the vampires and demonic entities that they  slavishly worship.

They are pagans. Worshippers of Molech: the demonic deity that delights in the shedding of human blood and the sacrifice of infants and babies.

May God deliver us and rid our land of these bloodsucking human bats and evil vampires. They are the darkness that seeks the darkness.

“Ribadu’s Excesses, Not Me, Removed Him From Office’ – Ibori