More than one thousand people have so far signed a petition calling on Nigeria’s President Muhammadu Buhari to Resign From Office for His Disobedience to Court Orders.

The petition addressed to the US President, Barack Obama asking Civil Society Organizations, Lawyers, Lawmakers, NJC, Benchers to sign, and initiated by a Lagos based lawyer, Attorney Carol Ajie, only went online 48 hours ago.

Providing an update to Elombah.com, Ms Ajie said the petition hit the 1450 milestone “within 36 hours of submitting online petition, to protest and demur disobedience of court orders in Nigeria by a democratically elected President  Muhammadu Buhari, within months of his sitting in office.”

Recall that President Muhammadu Buhari has given reasons why his government has refused to release a former National Security Adviser, Sambo Dasuki, and the coordinator of the Indigenous Peoples of Biafra, Nnamdi Kanu, despite several court directives.

Elombah.com had reported that Mr. Dasuki, is facing trial for allegedly diverting and sharing over $2.2 billion dollars meant for arms procurement for the anti-Boko Haram war, to politicians and cronies. He was on Wednesday re-arrested by the State Security Service after he had been granted bail by three different courts.

Mr. Kanu, who is spearheading the quest for an independent nation of Biafra, was earlier granted bail by a Federal high Court sitting in Abuja, but he was also re-arrested by the SSS, which slammed a fresh charge of treasonable felony against him.

Speaking during his first presidential media chat at the presidential Villa in Abuja on Wednesday, Mr. Buhari said the two accused persons cannot be allowed to enjoy any form of freedom due to the enormity of their offenses.

“”If you see the atrocities these people committed against this country, we can’t allow them to jump bail,” he said.

The petition [reproduced below] was started on Thursday 31st Dec. 2015 “and within 24 hours we have received hundreds of supporters and signatories, precisely at the last count 368 supporters drawn from the Nigerian Bar, the Civil Society, Senior Lawyers, our younger colleagues, Carol Aije said and added:

“Our citizens from Lagos to Los Angeles and Daura to D.C still counting, please keep signing your goodselves, your colleagues and friends and those of your great family members.”

Below are sample 12 quotes from the hundreds of signatories to the petition:

“The President is doing a good job but I don’t want him to derail” – Segun, Lagos

“The President should not set Nigeria back to the dark ages….” Angela  London

“…We emphatically say no to dictatorship” – Sergi, Cambodia

“..We must stop General Buhari now before it is too late…..” Femi Josiah Ibadan

“Buhari must obey the rule of law as he promised during his inauguration” – Franklin  Manchester,

“…When a President acts like a Ruler, should resign…” From Andrew Duru, Germany

“I’m signing because under the Nigerian bourgeois democracy, governmental tyranny would result where the President reserves the discretion to choose and pick which court order to obey which to disobey. The right to self determination is a universally recognized right under international human rights law. PMB has no discretion but to release Kanu as ordered by the courts. I reject tyranny. I reject living under the discretionary rule of one Man, no matter how self righteous that person may perceive himself to be! Release Kanu until otherwise ordered by the court.” –   Femi Aborisade Activist Nigerian

“……I do not want the country to derail” – Professor Chris

On why the petition was addressed to President Obama, Ms Aije said: “he is perceived as the first citizen of the World. But that is not why the petition was addressed to him. But for the West, America leading, President Jonathan  was to sack Professor Jega, we saw some newspaper advert calling for Jega’s sack prior to the election and we also saw huge influence exerted from Washington, one famous statement when Washington thought Abuja was interfering because Jonathan had called a meeting in the presidential villa, Obama shouted out to Abuja: “there should be no political interference on INEC”. He addressed Nigerians. http://www.premiumtimesng.com/news/headlines/178954-obama-writes-nigerians-over-elections-urges-peace.html.

“We also saw pictures of Obama supporting Jonathan being promoted by Buhari’s party plus the fact that a White house campaign advisor was actually hired by Buhari and Co., and the other side threatened a diplomatic rift and on and on, goes without saying US was useful to Buhari and so when he misconducts, the first name that comes to mind to call him to order is the President of US. The President of SA, Zuma not that influential. Our national assembly could commence impeachment proceedings following after this petition that has exceeded its daily signature.  The other name  is UK PM David Cameron. Keep in mind though that the  Rt Hon. Harriet Harman (Ms) MP for Camberwell and Peckham, whose constituent is Nnamdi Kanu also sent a petition to the UK Prime Minister against President Buhari on this subject copiously read in Nigeria.”

Read the petition below: 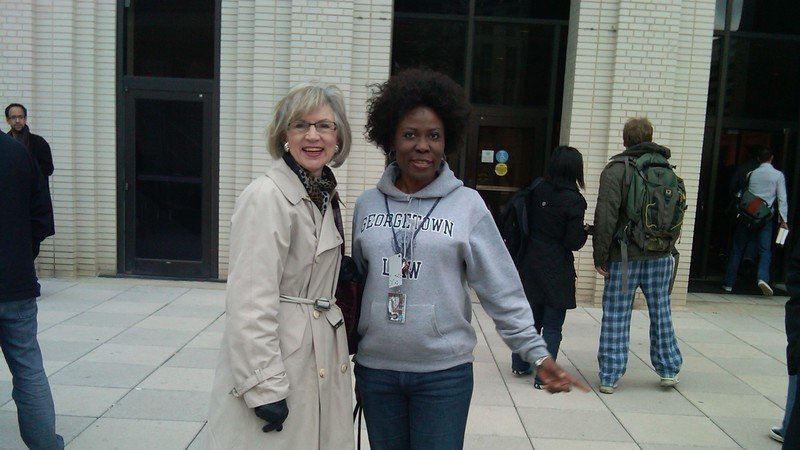 To the Civil Society Organizations, Lawyers, Lawmakers, NJC, Benchers, etc Call on President Buhari to Resign From Office for His Disobedience to Court Orders

On May 29th 2015, a former Military Dictator, Muhammadu Buhari sequel to a contested election in March 2015 against a sitting President in Nigeria, the first time in Africa, an incumbent handed power peaceably, smoothly, heroically to a political rival. Whereupon Mr Buhari then took the Oath of Allegiance to protect the Constitution of the Federal Republic of Nigeria 1999 and the President’s Oath of office to discharge his duties faithfully, in accordance with the Constitution and the Laws of Nigeria.

Within President Buhari’s first year in office, too soon after he took the revered Oaths, he and state agents acting under his supervision, now demonstrate total lack of respect for Court Orders and at his maiden media chat on Wednesday 30th Dec., instant, Mr President made puerile attempts to justify these breaches, he said inter alia that some persons his regime locked up in cells dehumanized against court orders, Nnamdi Kanu had travelled without his passports.  But under the Immigration Act, the President or the Minister may deport anyone who travels without a valid travel document or detain for a period not exceeding 7 days.  In holding Mr Kanu beyond the required period they have infracted on the Immigration Act, the Administration of Criminal Justice Act, the Constitution of the Federal Republic of Nigeria 1999 and subsisting court orders.

With regard to issues of “self-determination”, the crux of Nnamdi Kanu’s campaign of the Independent People of Biafra, IPOB, having communicated IPOB’s intent to all and the United Nations as required by UN Covenant on  Civil and Political Rights  ratified by Nigeria, that people of any community or group may wish to exercise the right of self-determination with a view to pursuing their economic, social and cultural development; aware that their dignity as human persons had deteriorated and been consciously degraded under the present dispensation, sadly appearing power inebriate.

Call on President Buhari to resign from office or face impeachment proceedings. Alternatively avoid another Burundi, call him to comply with the Orders of  Courts.