Three Conservative MPs have quit the party today and joined Labour MPs in the new Independent Group, according to reports.

The three are vocal critics of Brexit and Ms Soubry is a prominent supporter of a second referendum.

Seven Labour MPs quit their party on Monday to form The Independent Group – a coalition of MPs who will vote together in the Commons but who are not an official political party. 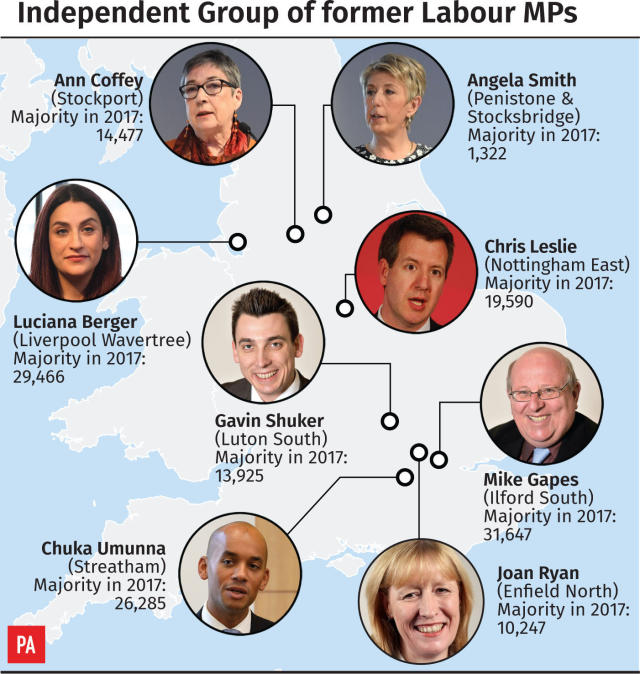 ABOVE: The current members of the Independent group of former Labour MPs. (PA Graphics) 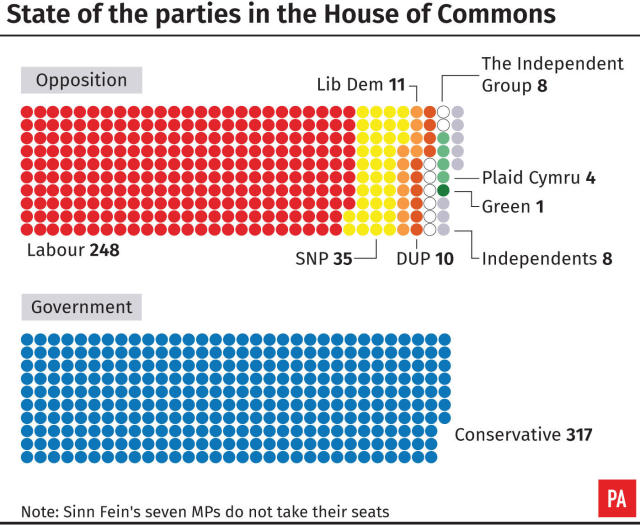 ABOVE: The departure of three Conservative MPs would eat into Theresa May’s slim majority (PA Graphics)

Killings: CAN Urges INEC To Ignore Call For Polls Postponement In Kaduna