Thumps Up, For Buratai Over  Patronage  of Local  Industries, Says South–east Group 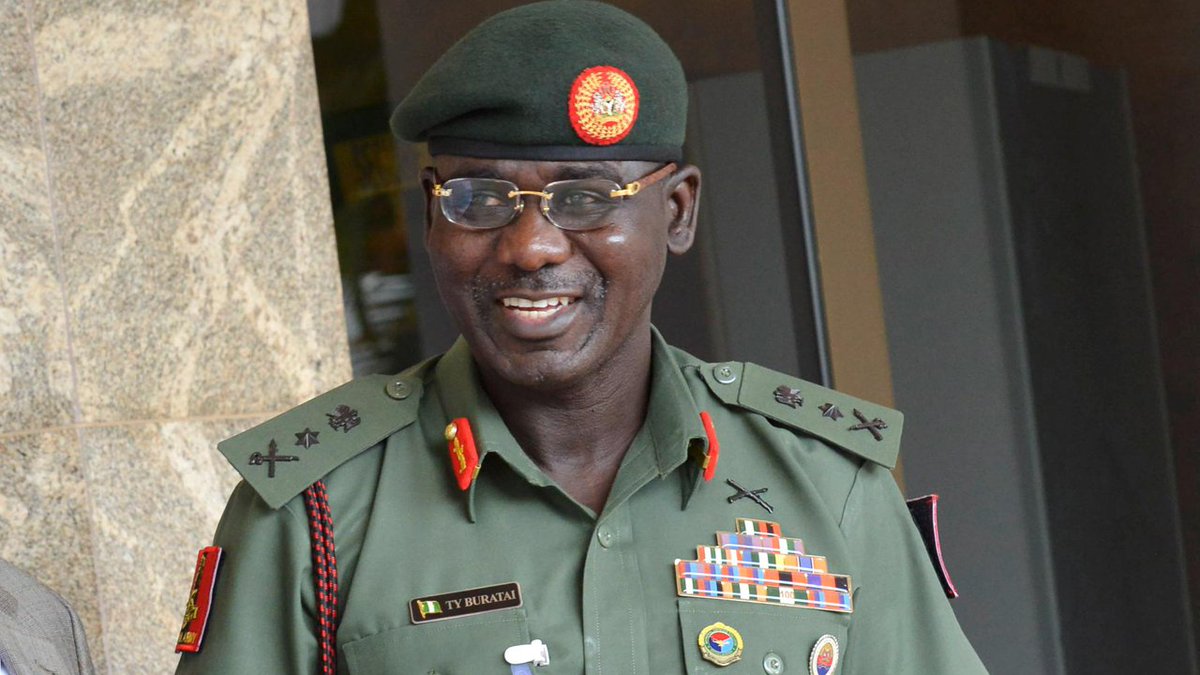 There has been a lot of encomium showered on Nigerian army following the patronage on Innoson Motors.

It should be noted that the Nigeria Army purchase a lot of military hard ware locally made from Innoson Motors, an indigenous hard ware manufacturing company.

it will also be recalled that the Army had also partnered with Shoe makers in Aba to acquire boots for its officers and men.

Joining in the array of commendations, the South East Renewal Group (SERG) likened the latest partnership with Innoson as balm on a sore spot given the contrived negativity that has been hyped about the mindset the Army has for the South-East and Igbo businesses.

He said through this action, the COAS has again shown that he has the best interest of the country at heart.

According to Mbani, the Army has by this partnership with Innoson further demonstrated that Nigeria can significantly reduce its dependence on foreign entities for the supply of gears for securing the nation.

He said it gives hope that we will soon be exporting armoured vehicles to other countries because we have demonstrated the capabilities of these products in real operational environments.

He said, “The Army has given a lifeline to the hundreds of industries located in our part of the country. We must note at this point that the Army also bought its boots and shoes from Aba, so its commitment to seeing industries in our land grow is not mere eye-service but a well calculated attempt to address youth unemployment and their resulting restiveness. It is our firm belief that continuing along this path will leave terrorist groups without idle youths to recruit for making trouble and harassing law-abiding Nigerians.

“The patronage of Innoson Motors Manufacturing Company may appear insignificant, or may be promoted by saboteurs as something to be taken for granted, but we dare say the gains from this singular act are unquantifiable even as they tally with the government’s avowal to diversify the economy, which involves strengthening the manufacturing sector and saving crucial foreign exchange for the country.

“From our informal interaction with relevant stakeholders, we can already confirm that the deal between the Nigerian Army and Innoson is already deepening local manufacturing. When we make this point it is not about the number of cars that roll off Inosson Motors Manufacturing Company’s production line but the multiplier effects that come from such enterprise. We foresee more companies keying into the expansion that the Army’s orders portend for Innoson.

“The Army’s order is also building the economy as a lot of money has been saved since the vehicles delivered to it were not ordered from abroad. The resources committed to their purchase have been left circulating within our economy. For us, it is a thing of joy that the Nigerian Army has practically sent a strong message about the quality of Made in Nigeria Products. This will rub off on the products from the south-east.”

He therefore reminded south eaterners that contrary to the propaganda of those who had held them hostage under different guises, the Nigerian Army truly stepped in to liberate towns and cities from miscreants that were implementing destructive agenda under the guise of liberating the Igbo nation from an imaginary occupation.

He urged them to join hands with the Nigerian Army, the Chief of Army Staff and all military personnel to ensure that security of lives and properties, which has remained a priority of the Buhari administration is archived.

Marketers Give Conditions To Sell Petrol At N145