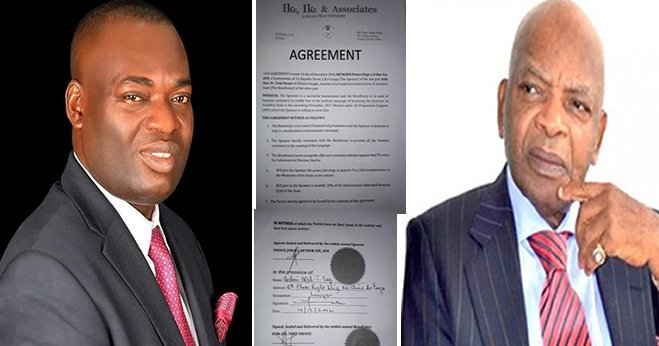 The Anambra State governorship aspirant under the All Progressives Congress [APC], Dr Tony Nwoye has responded to Elombah.com following the publication showing an agreement between himself and Chief Arthur Eze.

“I am not surprised to see a very fake document emanating from the panicking aspirant whose major problem is myself.”

“Without much talking. FACTS ARE SACRED. Pls kindly observe the two following documents and make your own decisions.”

“One is surely fake while the other is real. PLS CHOOSE ONE. 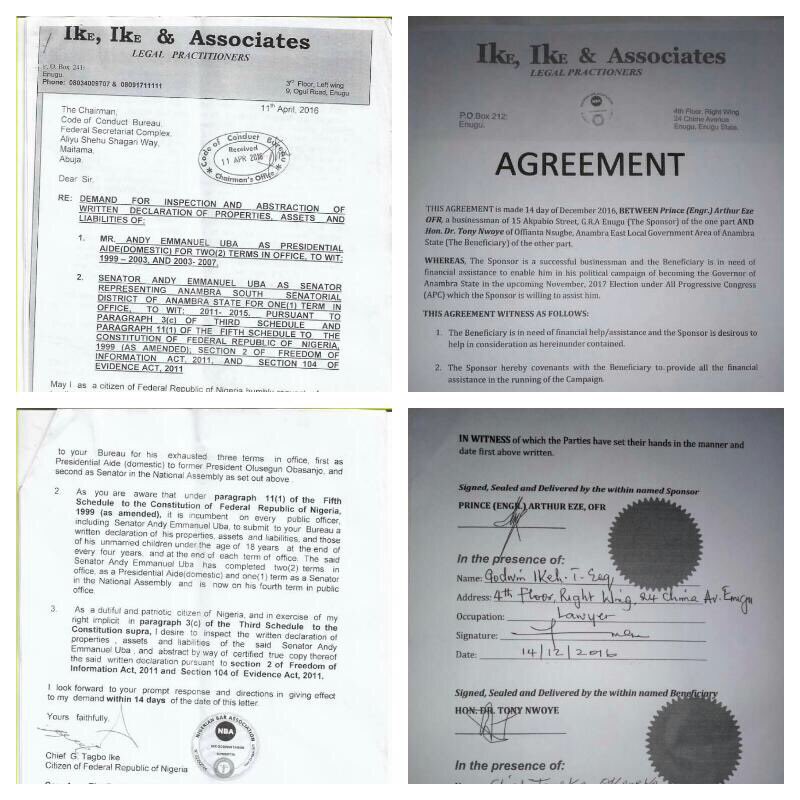 “1. The Lawyer,Godwin Tagbo Ike’s signatures are not the same.His real signature is certainly not the one on the purported agreement so faked.”

“3. The fake doc has no telephone no. while  authentic letterhead has a phone no. &a very sharp&legible seal as against their very dim seal.”

“Whatever the outcome of the primaries , God bless the @APCNigeria . And God bless Nigeria.”

In a similar development, Chief Arthur Eze has disassociated himself from the said agreement, describing the document as “fake” and “handiwork of criminals”.

In a chat with DAILY POST from his London home Friday night, the Nigerian Billionaire said, those peddling the rumours were aspirants who knew they would lose the election, hence, “they resorted to blackmail”.

He said: “It is a handiwork of criminals. The criminals are going about writing nonsense.

“I challenge them to come out and prove it. I give government money, government doesn’t give me money.

“When there was a flood menace in Nigeria, I gave federal government N1bn. I have sponsored many Governors.

“My asset is bigger than Anambra and the whole South East Governors.

“I have given Current Anambra State Government over N1bn for youth Empowerment and other welfare packages for the good people of our state.

“Those peddling the rumours know that they are going to lose the APC primaries tomorrow.

That is why they resort to blackmail. How can I touch poor people’s money? I am not a tax collector.

“God will punish me if I touch poor people’s money. The one God gave to me is enough for me. I am one of the oil producers in Nigeria and in Africa.

“It is a fraud. I never signed any agreement with anybody and I will never sign”, Eze told our reporter on phone.

He said he had reported the case to the Police in Anambra and that “they are investigating”.

He assured that the person behind this baseless publication will never go free.