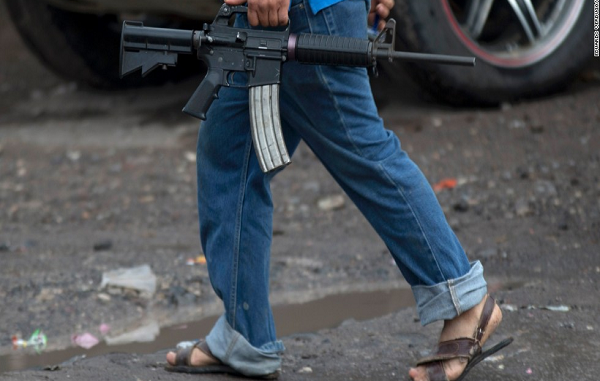 The Police Command in Enugu State has arrested two members of vigilance group in Nimbo, Uzouwani Local Government of Enugu State, for alleged kidnap of Enechi Ejiofor on Dec. 13, 2016.

The command’s spokesperson, SP. Ebere Amaraizu, made this known to newsmen in Enugu on Thursday.

Amaraizu said the suspects abducted Ejiofor, a Special Assistant on Security Matters to Uzo Uwani Local Government Area Chairman, in December on his way to an official assignment at Ugwuiyi Ekoro was still missing.

He said that the kidnappers demanded N10 million ransom on Dec.14, 2016 from the family but later reduced it to two million which one of the suspects collected.

The police spokesperson said that the two suspects were helping the operatives in their investigations.

He said that the first suspects revealed that they allegedly collaborated with the community vigilance group to kidnap the victim.

Amaraizu said that the first suspect, who claimed to be a Nollywood actor, said that he played a big role in monitoring the victim’s movement because he knows him very well,’’ he said.

The police spokesperson said that the suspects claimed not to know the whereabouts of the victim, saying that some vigilante members known as Ratty, Miri and Earthquake, whom he did not know their real names, knew better.

The second suspect also said that it was the first suspect, his friend that lured him into the group.

Amaraizu said that first accepted being involved in the kidnap as a full member of the vigilante while the second suspect just joined the group.

Democrats Must Allow Trump To Do His Term – By Benjamin Aduba