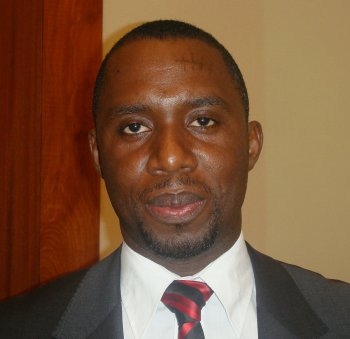 Valerio Viccei, an Italian moved to London in 1986. He was a playboy and serial seducer who came to London in search of a big life and he had found it. “I had a passion for weapons, beautiful women and fast cars,” he said. When he was caught a few days later for robbery at the wheel of his Ferrari, traced by a fingerprint, he became a folk hero. The Italian Stallion, the Wolf, the gentleman thief – he exulted in all his nicknames.

In reality, he was an arrogant, vain thug. The son of a libel lawyer and boutique-owning mother from Ascoli Piceno, a town near his final shootout, he craved adulation and never hesitated to use violence. A thief by 16, he went to university in Rome to study philosophy in the 70s but fell under the influence of the neo-fascist terrorist leader Gianni Nardi. He joined the youth group Fronta Della Giuventu, daubing swastikas on public buildings before graduating to bombings. He racked up a suspected 54 robberies as politics became a distant motive.

Viccei wanted to be a star. He modeled himself on Al Pacino’s Scarface, which he reputedly watched 58 times. He had a gold key-ring in the shape of a shotgun. The combination number for his £700 Louis Vuitton briefcase was 357, after the .357 Magnum. He moved to Britain in the 1980s and didn’t allow broken English to inhibit chasing women or five armed robberies. Once captured, he played the master villain. Suave, athletic, sunglasses, permanent grin, jokes and boasts. Newspapers drooled over his cunning and charm.

In Imo State of Nigeria, we have our own Valerio Viccei. The Imo State Valerio Viccei uses his pen as his crime weapon and has not been arrested yet. Our Valerio Viccei is Governor Okorocha’s new Chief of Staff and former Commissioner for Lands, Survey and Urban Planning, Uche Nwosu. I call him Valerio Viccei because of the recent revelations of Community Watch Dog Newspaper and Trumpeta.

I read from the mentioned newspapers how Imo State government’s cook, attached to him disappeared into thin air with over N5 billion out of the N26.8 billion bail-out fund recently released to Imo State by the Buhari administration. The money was allegedly stashed and hidden by Uche Nwosu, right inside his bedroom allegedly waiting for when it would be convenient to launder it abroad, for safe keeping.

He allegedly converted over N10 billion of our bailout money into $1000 denominations and kept the entire amount in his closet right inside his Akanchawa Estate mansion which he built within two years as Commissioner for Lands, Survey and Urban Planning. While he was away the cook went into his strong room emptied N5 billion out of the neatly packed N10 billion in dollars into his travelling bag and fled.

Meanwhile this Nwosu and the Governor were the ones complaining of lack of funds to pay pensioners in the state yet they authorized the release of a paltry N6.8 billion out of the N26.8 billion bail-out fund for payment of salaries and allegedly withhold the rest which they have been using for globetrotting and junketing.

In Imo State of Nigeria In the midst of abundant human and natural resources, the vast majority of the working masses and the poor live in abject poverty. The reason for this embarrassing state of absurdity is because of people like our Imo State Valerio Viccei. Our Valerio Viccei and his cabal in Imo rejected the conscious policy of spending public resources to develop key sectors in the state like education, health care, housing and necessary social infrastructures.

They rejected the policy of creating jobs for the youths .At the same time, adopted the central policy of looting of public funds and selling public enterprises and resources to themselves. They loot our money only to use this looted proceed to buy public properties for themselves and their allies at giveaway prices and to acquire mansions here and there. They have made Imo youths in their thousands to become a wild and homeless lot and socially disinherited.

Government in Imo used to be responsible for payment of pensions but today, pensioners and civil servants including contractors are dying of hunger in the state .Where are the jobs in Imo? There can’t be jobs for Imo youths as long as the Valerio Vicceis continue to be in power. The worst kind of poverty is when people cannot get food and therefore they are thin and weak and may starve to death.

Imo State unemployment rate is high. Thousands of Imolites are willing to work but are not employed. Unemployment is the number one issue in Imo state today. Imo people need jobs. That is how they can put food on the table. Every day, thousands of our unemployed brothers and sisters scan the pages of newspapers and websites for job advertisements. Unemployed graduates, unemployed construction workers, unemployed engineers, unemployed teachers, unemployed security guards, unemployed cooks, unemployed waiters and those desperate for a job are crying but the Valerio Vicceis are happy, looting our monies with impunity

Only one man in the State stashed N10 billion Imo tax payers money in his house and they want us keep quite. One man stashed N10 billion In a state where more than 80 percent of the population do not have access to potable/pipe-borne water supply, and where tertiary institutions in the state have no functional ICT facilities.

N10 billion can at least lay some pipes for water supply for some areas in Imo State where potable pipe-borne water supply has been non-existent for years. The money can even procure farm inputs and equipments for Imo farmers. Save us oh God.

Next week I will say more about Nwosu and another Imo official very close to Governor Okorocha.