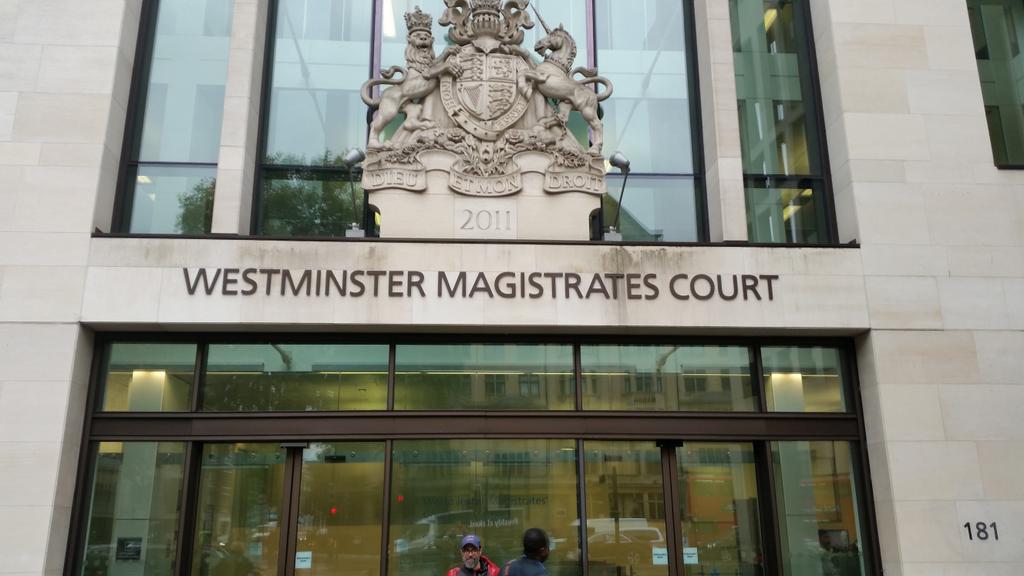 The sum of £27,000 was ordered seized today in the case National Crime Agency vs Alison-Madueke and will be detained until April 2016, Elombah.com could confirm.

The cash was seized under Section 295 of proceeds of crime act until 5th April 2016 following an application made Monday at Westminster Magistrates Court by the National Crime Agency, NCA.

The embattled former Minister of Petroleum in the Goodluck Jonathan’s administration did not appear at Court 10 of the Westminster Court in company with her mother as was widely reported.

Diezani was arrested on Friday in the United Kingdom, for alleged bribery and money laundering offences, but a Westminster Court official told elombah.com that Mrs Madueke was not charged today neither was she in court.

Upon Elombah.com inquiries regarding the appearance of Mrs Deziani Allison-Madueke in court today on charges of money laundering, Westminster magistrates court responded:

“There was no charge of money laundering, there was an application to detain cash under the Proceeds of Crime Act, by the National Crime Agency which was granted.”

“Thank you for prompt response. Pardon me please: Did she appear in court today?” our correspondent further inquired.

“No”. Came the court’s prompt response.

There has been expectation that Mrs Diezani Alison-Madueke  was at Westminster magistrates court at 10.am this morning with Mrs Beatrice Agama, (Mrs Madueke’s mother)

An email from the court earlier stated Alison-Madueke will be in Court 10 this morning at 10.00am

However, it later emerged that  NCA applied for an order that cash seized be detained.

The former Nigerian Petroleum Minister Diezani Alison-Madueke was arrested in the U.K. on suspicion of bribery and money laundering offenses.

UK legal experts told elombah.com that the failure to arraign Mrs Madueke today indicates that the crime agency are yet to conclude their investigations.

Elombah.com can also confirm that the arrest in London Friday of former Petroleum Resources Minister is not connected with President Muhammadu Buhari’s efforts towards recovering stolen oil funds.

Sources within the UK National Crime Agency [NCA] on Saturday revealed that the former Minister of Petroleum, Deziani Allison-Madueke had been under investigation by the agency since 2013.

“The government is aware of the arrest and is cooperating with the investigators in the U.K.,” Garba Shehu, a spokesman for President Muhammadu Buhari, said Monday by phone from the capital, Abuja.

Alison-Madueke, a former president of the Organization of Petroleum Exporting Countries, served as Nigerian oil minister for five years until her party lost elections in March.

Uzoddimma: Landlords To Be Held Responsible For Criminal Tenants