About Umana having bunkers in his house, if you have evidence of bunkers all these years, what stops you from reporting your finds to the security agencies? 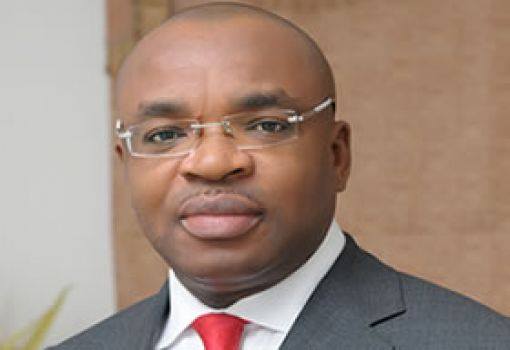 The first reaction to the diatribe against Mr Umana Okon Umana, governorship candidate of Akwa Ibom State APC, to which Emmanuel Nicholas’ name was appended, is that whoever wrote it has nil knowledge of how government works.

If the ghost writer is in government he has a lot of catching up to do. If he is not in government, his ignorance of how the institutions of government operate is proverbial.

He has every reason to be ashamed, and I guess that is why he is hiding under a notorious plagiariser and ‘murderer’ of the English language, named Emmanuel Nicholas, to let off his unsupported effusions.

For the reason that the write-up dripped with ignorance, the initial instinct was to ignore it.

But the fear that unsuspecting members of the public would be misled by the unfounded tales of Udom’s government spin doctors has made this response inevitable.

This is particularly with regard to the hate campaign being whipped up in the state against the Yoruba and the Hausa Fulani by the Udom Emmanuel administration.

This is a really dangerous pandering to base sentiments merely for political purposes with dire consequences for the future, if it is not checked now.

The second remark I want to make is that this is not the first time the Akpabio/Udom courtiers are parroting these tired tales of this or that evil that Umana had committed.

That has always been for them the easy thing to do. The hard part that they have forever failed to get done is coming up with the evidence of their baseless accusations.

In the past they had came short on evidence. Can they do better now? If there is any evidence of their false accusations, they should bring it on.

The Udom courtiers in their latest gerrymandering attribute the ownership of a number of companies to Umana. Umana owned this, Umana owned that. And this is the challenge with those who are ignorant and incompetent.

Determining the ownership of a registered company is no brainer. A simple check with the Corporate Affairs Commission (CAC) makes it an open secret.

So the Udom/Akpabio courtiers can fool no one about this. They should back up any company they claim to be owned by Umana with the evidence of ownership.

For instance, the write-up cited AEC Works Limited as one of the businesses that Umana Okon Umana owns. Check up the ownership of this company at CAC. It belongs to Engr Anietie Umana, FNSE.

His company has done jobs within and outside Akwa Ibom State, and its track record of construction work predates the administration of Godswill Akpabio.

Buhari has disappointed so many Nigerians ~ Jega

The Use Ikot Amama Road in question was successfully executed within the terms of the contract. There is no question of contract abandonment.

If any of these Udom’s hatchet men has evidence of abandoned contract, he would do well to report such to the appropriate authorities, rather than go to the internet and pages of newspapers to declaim on phantom issues.

With regard to Umana’s role as chair of FGPC in the administration of Godswill Akpabio, we have already made our position crystal-clear that where a project ministry submitted its expenditure plans on projects to the FGPC, the committee’s function was merely advisory.

No contract payment could be honoured by the accountant-general of the state unless the payment request was approved by the governor.

Any idle-minded imputation to the contrary is a piece of theatre for the purpose of diverting the attention of the unfortunate people of Akwa Ibom State from their grim economic condition—with no salary even for Christmas, a stalled economy and unprecedented arrogance from their leader, the people in all probability need something to make them laugh.

Their claim about government projects and Umana’s role in their pricing and payment speaks volume about what Udom’s spin doctors do not know.

I think they have a right to know that each project ministry had and still has experts (engineers, architects, etc) who supervise projects and issue interim payment certificates which go to the governor upon which basis he authorises payment through the office of the accountant-general of the state.

That is why the governor is held accountable for whatever happens in the disbursement of resources in his government.

If queries were to be raised about project financing, those queries should be directed at that triangle made up of the project ministries, the governor and the accountant-general.

Umana never issued recommendations for payments on work done on contract; nor did he issue any payment certificates for contracts. He was not a signatory to any government’s bank accounts.

The lies about Umana having bunkers in his house where he warehouses money have been bandied about for years now by these court jesters. I want to ask them, if you have evidence of bunkers all these years, what stops you from reporting your finds to the security agencies?

If Udom’s men’s fascination with ‘Umana’s money bunkers’ is taken in the context of the full trajectory of their campaign against the APC governorship candidate going back all these years, the absurdity of their claim becomes obvious.

The right response by the good people of Akwa Ibom State is to ignore them and their harebrained antics, for the Egyptians they see now will soon be seen no more.

Director of Media and Publicity

Buhari has disappointed so many Nigerians ~ Jega