Umana has many children from other people’s wives – Udoedehe 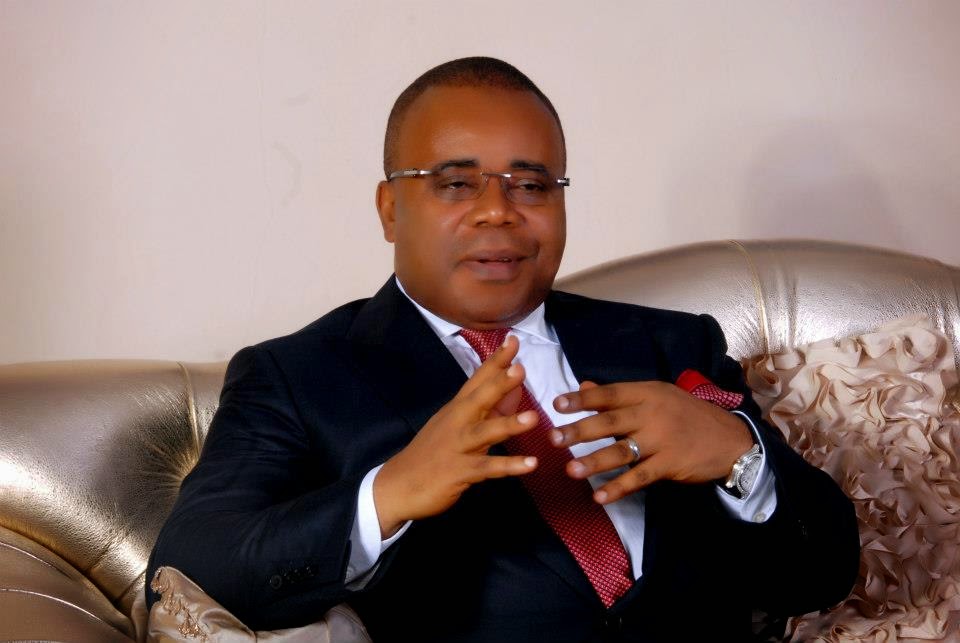 “This is no attempt to besmirch Umana, but I am simply stating a fact. I have evidence to the fact that Umana Umana engages in illicit affairs with, and has fathered children from other peoples’ wives.”

I recently read Obong Umana Umana’s [above] online publication in which he referred to me as a “tout”, apart from spewing several other vicious, but false invectives on my person.

My first reaction was that of amusement; not just because Umana advertised his absolute ignorance, but also because I satisfied myself that true to type, he would employ no other weapon except his trademark, ignoble vehicle of falsehood to press home his ignorance and dishonesty.

Honestly, Umana cut the picture of a very desperate man; a drowning man looking for straw to clutch on; and I wouldn’t ordinarily bother to dignify him with a response, but will inconvenience myself in this instance, for the benefit of the younger generation, who may be misinformed or ignorant of the pertinent issues.

In the context, I will attempt a point by point rebuttal of Umana’s diatribe, with a view to buttressing the fact of his superlative desperation and depravity.

Now, how could Umana who wants the public to believe he is a noble man, befriend a thug? Umana seems to forget his long history of activity related to thuggery; and this I will highlight in the course of this publication.

He also does not seem to note that I do not belong in his confraternity, cult, or whatever; and so I wonder what bond of brotherhood we share.

Again, his reference to me as a “motor park boy” couldn’t be further from the truth; but then, it would have provided the perfect background for a ‘rags to riches’ story, if it had been so divinely ordained.

Fortunately or unfortunately, it was not; and for the benefit of posterity, I will delve a little into history.

Without meaning to sound immodest, I was born into a comfortable home; and enjoyed the benefit of a good education. I began my education at Jubilee School, Offot; from where I proceeded to Holy Trinity School, Mbiakong; and thereafter worked with Chief Diana Abasi Umondak at Dajucom Nig. Ltd.

I later gained admission into UNIUYO where I graduated in Sociology/Anthropology; and subsequently bagged a Masters in Sociology of Development from UNICAL; and a Doctorate from the same University.

Presently, I have just completed a course in ‘Leadership In Crisis’ at Harvard University.

I lay no claim to being a saint, but in my imperfections, I have stood up for truth and justice; and for the records, at no time did I ever work in the motor park as Mr. Umana Umana has falsely and mischievously claimed.

Umana’s claim that I bought my degree from UNICAL is quite funny; small wonder GLOBAL CONCORD in one its past editions referred to Umana Umana as a “Funny Man”.

If he claims I bought my degree from UNICAL (his own alma-mata), then, he is simply telling the world that he could have bought his as well.

So Mr. Umana, how much did your own degree cost?

Again, for the records, I am well informed of the fact that Umana was a dull student who always rear-ended his class academically.

He alludes to having been an exceptionally bright student, but then certain questions arise.

In 1980 when he graduated from UNICAL, multinational companies and banks often visited the Economics Departments of Nigerian Universities to interview bright students for employment.

If Umana was as brilliant as he wants us to believe, then how come he ended up in the classroom, as a teacher in School of Basic Studies Akamkpa, where his only known achievement was to marry his student?

This is no attempt to downplay the importance of the teaching profession, which I acknowledge to be the ‘pillar’ of formal enlightenment, but then, most of Umana’s mates in UNICAL were employed in the Civil Service, and in large companies; so what initially happened to that ‘very bright’ Umana?

Umana described me as “uncouth”. I wonder what his rationale for this description was.

The great William Shakespeare once said: “There is no art to find the mind’s construction on the face”.

The renowned author was as philosophical as he was factual in this submission, because the face does not necessarily describe the individual; just as Umana’s (sober-as-a-monk-in-meditation) face, belies the fact that he possesses the heart of a savage.

Remember that it was this same Umana who was the “engine room” of Godswill Akpabio’s administration between 2007 and 2015; and that the administration recorded an unprecedented number of incidences of kidnappings, murders, assassinations, grand theft, injustice, judicial emasculation, impunity, and sundry other ills.

I was even a victim of that callous and insensitive administration, when I was falsely charged with treason, murder, arson, etc; and so wonder what gives Umana the moral audacity to refer to me as a “thug”.

His claim that I have also “insulted” elders is also very baseless because Umana needs to acknowledge the fact that all over the world, politicians agree to disagree and vice versa.

It is time he realizes that the language of politics is ‘Conflict and Resolution’; and its motto is ‘No Permanent Friend and No Permanent Enemy’.

If there were no differing views in politics, then it would not be Politics.

Umana said I was removed as Chairman of Uyo Local Government Area.