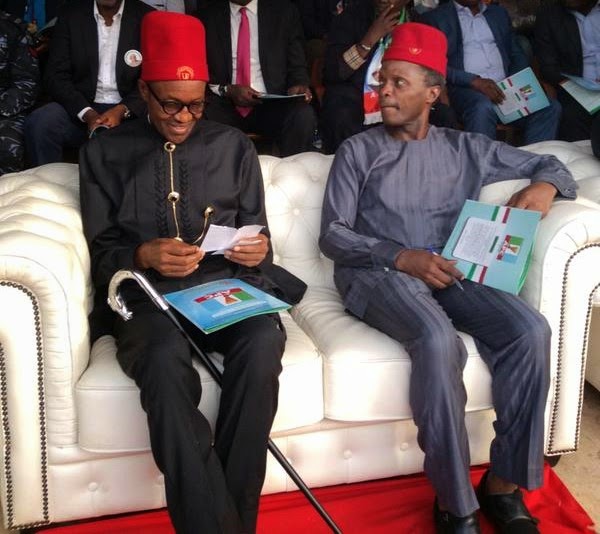 There has been a lot of noise on the so- called numerous gaffes by President Muhammadu Buhari. It is amazing that our dear compatriots focus on irrelevant issues. We have made a game of making a mountain out of a mole hill.

Although gaffes can be dangerous and has ended the political careers of outstanding politicians but it is instructive to know that it is endemic to the human condition. A good case in point is Todd Akin, a Senatorial candidate in Missouri, USA. His infamous comment on ‘legitimate rape’ cannot be explained away by public relations experts. That particular comment banished Akin to the electoral graveyard.

Another remarkable incident is the Edwin Muskie’s snowflake tears. An emotional outburst on a snowy morning ended the presidential aspiration of Edwin Muskie. Senator Maine was the democratic front-runner when a New Hampshire newspaper ran two sarcastic articles, one accusing Muskie’s wife of being a drunkard and off –colour humour.

Muskie held an unscheduled press conference in front of the newspaper’s office, offering a lachrymal rebuttal to the attacks. The press insisted that he cried, but the Senator said it was melted snowflakes.  Sadly, that ended his presidential aspiration and George McGovern then became the one to contest with Richard Nixon in 1972.

Let me now highlight some of the gaffes by President Buhari and see if the gaffes have deeper political implications.  During his recent visit to Germany, Buhari referred to German Chancellor, Angela Merkel, as President Michelle.  He obviously forgot to address her as Chancellor because the title of the President in Germany is that of Joachim Gauck. In the same day, President Buhari called the country West German instead of Germany.

It could also be recalled that when Christine Amanpour of the Cable News Network (CNN) interviewed President Buhari, he made another slip. Buhari referred to his party as All Progressives Confidence instead of All Progressives Congress.  Our current leader also called Independent National Electoral Commission, Independent Nigeria Electoral Commission. Also at a tumultuous Presidential Campaign in Owerri, the Imo State capital, Buhari called his deputy Professor Yemi ‘Osibande’ instead of Yemi ‘Osinbajo’.

These kinds of slips are not peculiar to President Buhari. It is part of our make-up as fallible humans. David Cameron made an apparent slip on the General Election Campaign trail when he said career defining instead of country –defining. The students of political history will also remember John Major’s cabinet ‘bastards’ remark.

Obama also mistakenly referred to Nigeria bringing peace and stability to the Easter part of Africa instead of Western Africa. Gordon Brown infamous comment on Gillian Duffy during a walkabout in Rochdale was not necessarily a reflection of his inner feelings. The main fact that he referred to Gillian as a bigoted woman became a hot national issue and it awakened reminisce of the famous Prescott Punch in 2001.

John Prescott was the Labour Deputy Prime Minister in the UK. He punched a protester who threw an egg at him during a visit to Rhyl in North Wales.  The unfortunate and unforgettable brawl happened as the Labour Deputy stepped off the so-called Prescott Express campaign bus. The electronic media clearly captured Prescott throwing a left jab at the protester after being hit on the side of the face by an egg. Dramatic stuffs happen in politics and that is the bumps and grinds of our lives.

These issues will not define Buhari’s presidency. What will matter at the end of the day is his capacity to tear into the economic and political filth inside government. He has a done a good job at least by successfully conveying a sense of urgency.  It is a well fact that Buhari walked into the worst situation of any Nigerian president.  The so called biggest party in Africa, PDP, was solely into governance for material gain and social promotion.

Their members in government were busy piling up considerable personal fortune. Under Goodluck Jonathan, the very idea of leadership was under assault. Many of our institutions were bled of public confidence.  That is why it is gratifying to know that Buhari has successfully wrested control over the tone and direction of government policies. He has made it known that his policy will be directed against hunger, poverty and the restoration of peace and security.

Buhari may not be breaking new ground with his speeches but we know where he stands on issues. His mannered speaking style which verges on monotony will not diminish the importance of enthusiasm. The man may not be given to poetic discourses but he will not offer vagaries about process.  Buhari is a man of conservative bent with no iota of celebrity status, but he has a subtle, questing intelligence; a willingness to understand issues in their complexities.

In an age of lost authority, Buhari has managed to maintain his. In group after group, Nigerians has disclosed their opinion that the President is honest, lives an admirable personal life and is trying to do the right thing.

All that the President needs to do now is to have a smarter government and to get a set of results that he can claim as he leaves office in 2019. His dream should be to steer the ship of state so that we once can have an economy that will work for everybody. He should endeavor to lay a solid foundation for broad based prosperity and to create a framework for continued Nigerian leadership in Nigeria.   I am close to him with my words and prayers.

Orji is a Media Consultant and Journalist; 08023624097, ikechukwuorji@yahoo.com