South African citizens have have resumed xenophobic attacks against Nigerians living in at Mpumalamga area of the country.

A Nigerian resident in South Africa just informed of the development to ElombahNews.

As depicted in pictures sent by our South African correspondent, at least two foreigners believed to be Nigerians were killed in the attacks today with several severly wounded. 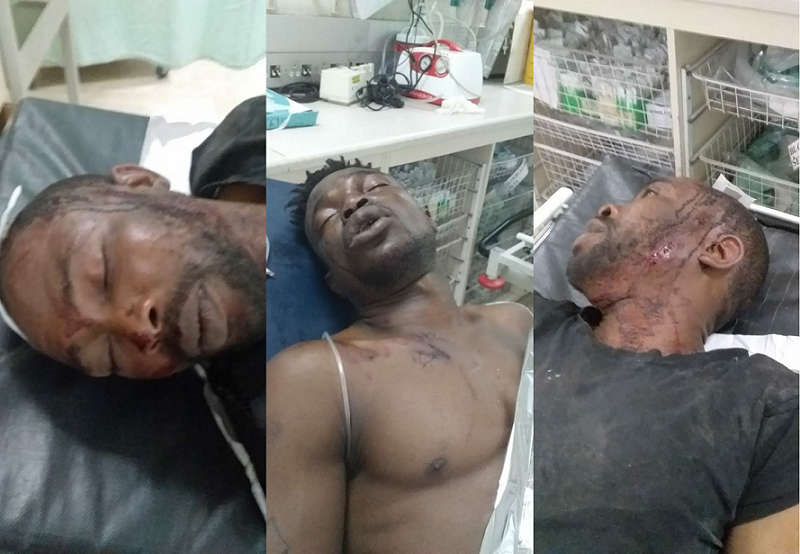 Also, in a short video viewed by this medium, a shop was seen looted and set on fire by hoodlums in South Africa.

It is not yet clear what triggered the renewed attack.

This is coming few weeks after the Nigerian Government and South Africa had a meeting to address xenophobic attacks on Nigerians and other African migrants in the former apartheid nation.