One of the blue buses belonging to the Bus Rapid Transport (BRT) scheme in Lagos that was destroyed by fire on the Third Mainland Bridge has been evacuated.

The Lagos State Traffic Management Agency, via its Twitter handle on Wednesday confirmed that the fire started around 9:30 a.m.

The bus which was heading towards Iyana-Oworo caught fire just after Adeniji Adele axis of the bridge.

No casualty was reported from the incident.

A BRT bus laden with passengers caught  fire on the third Mainland Bridge in Lagos on Wednesday.

Fire fighters, however, arrived the venue of incident to put out the fire only a bit late after the bus had been razed. 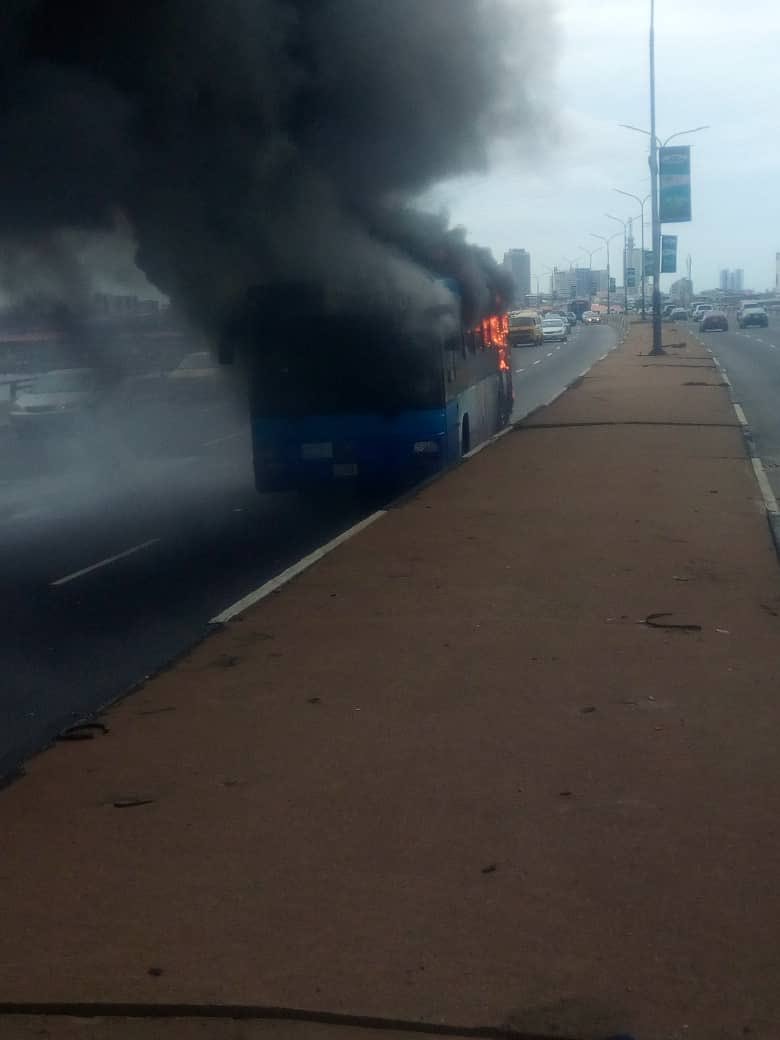 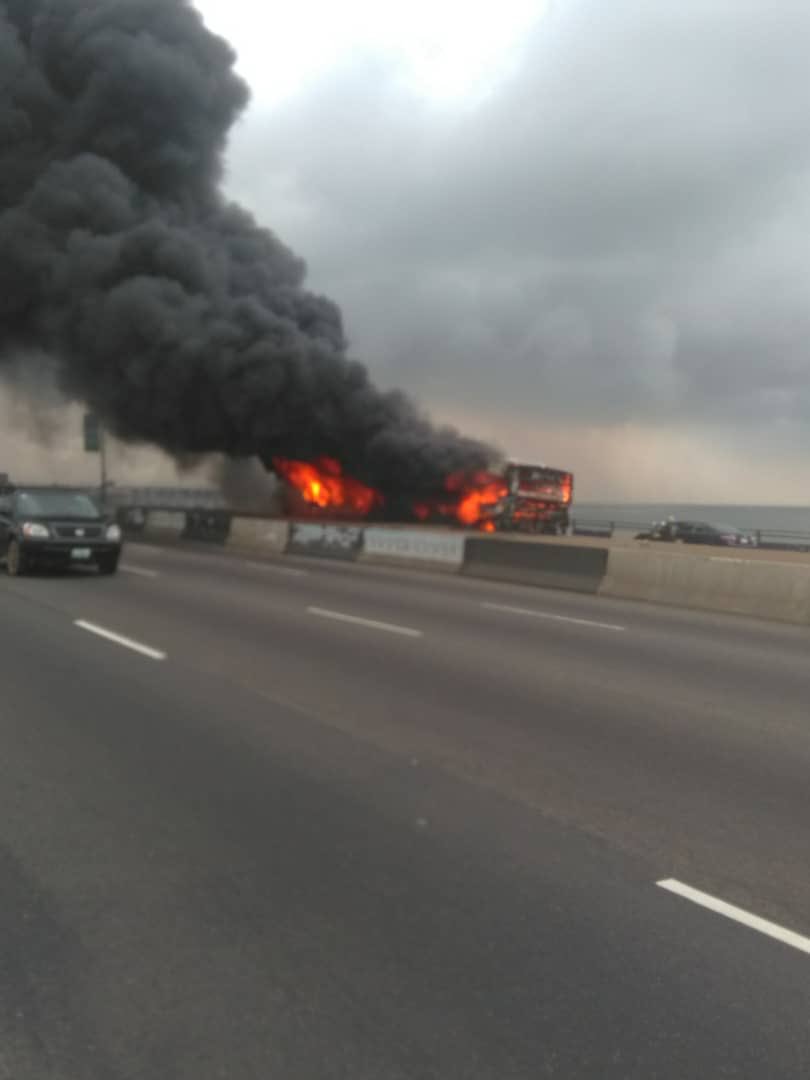 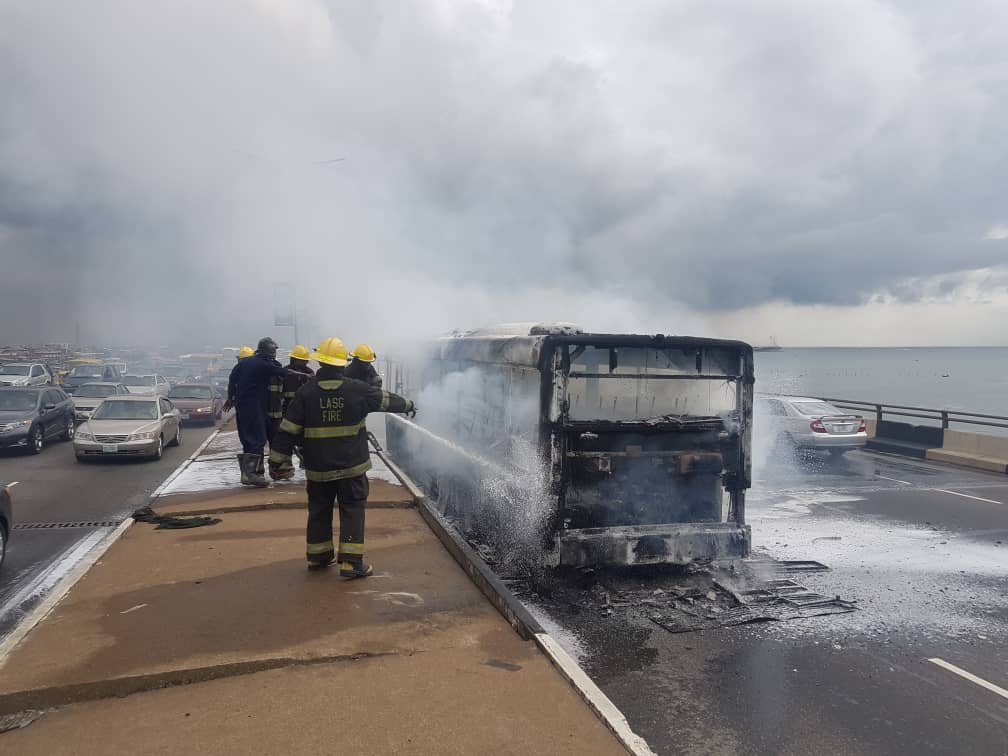 The video below shows thick smoke coming from the BRT Bus that caught fire earlier in the morning as posted on Twitter by LASTMA:

Well done to @LAG_FireService for their prompt response. The fire has been successfully put out. As we await @lasemasocial for evacuation. @followlastma on ground to manage busy traffic . Thank you for your patience. pic.twitter.com/XKFt0mvSNu