The National Union of Electricity Employees (NUEE) has suspended its strike action which commenced yesterday evening.

NUEE had, on Wednesday, commenced a strike action, following a 21-day ultimatum given to the Federal Government.

ElombahNews had reported yesterday that NUEE shut down all power installations, and offices across the country plunging the country into total darkness.

The duo stated that the strike took off immediately after the expiration of the 21-day ultimatum on Tuesday night.

They warned that the blackout will continue as long as the government failed to dialogue and resolve the issues in contention.

The suspension of the strike action, however, was announced by the Eko Electricity Distribution Company via it’s twitter handle, Thursday morning.

Eko Electricity Distribution Company noted that its offices and payment channels are open for business. 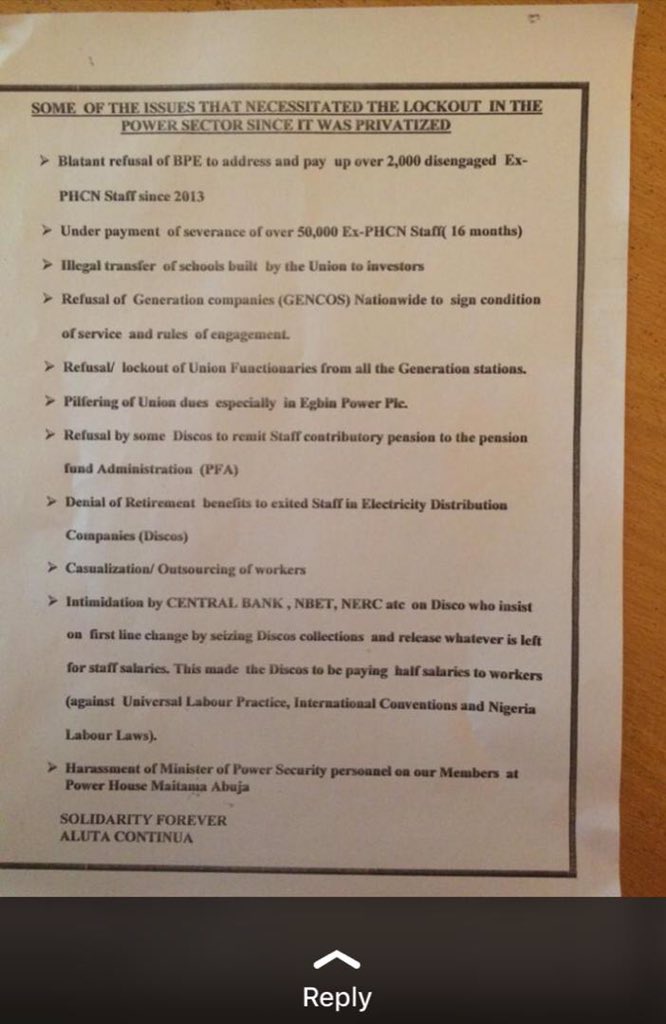 Fani-Kayode, Others Slam Buhari Over Free Visa Visit For African Fulanis To Nigeria

AMCON: My Sack & Importance Of Alternative Address ~ By Muiz Banire