Governor Makinde, while signed the Amotekun Bill into law, was seen dressed in a leopard attire, the animal chosen as a symbol the system.

Makinde gave his assent to the bill one week after being passed to him by the State’s lawmakers. 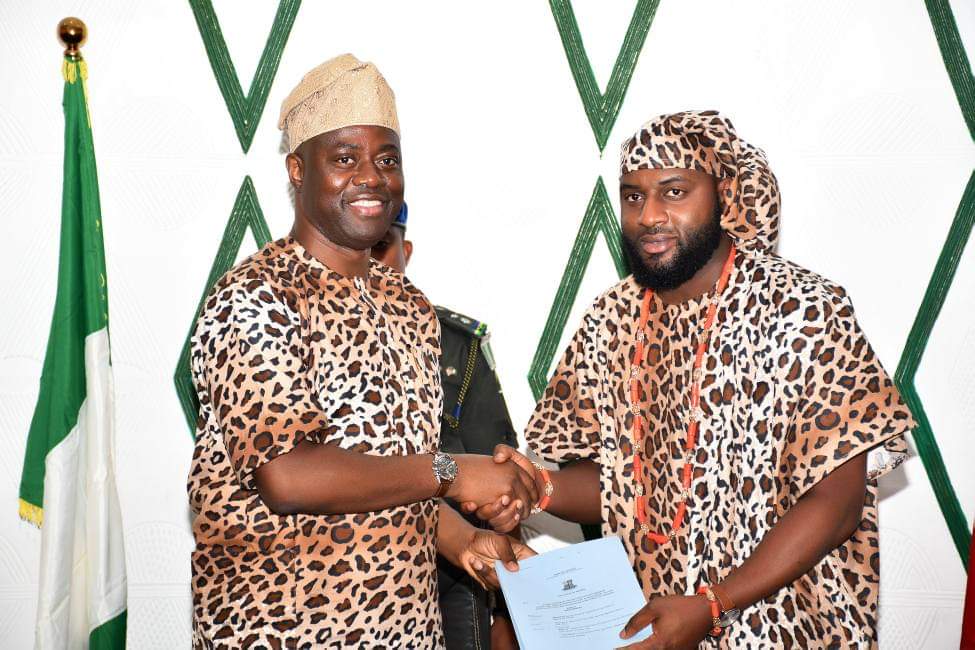 The Oyo House of Assembly had on March 3, passed the bill to the governor for assent after a public hearing.

The signing of the bill into law held at the Executive Council Chamber, Governor’s Office, Oyo State Secretariat, Agodi, Ibadan.

In attendance on the occasion are the Deputy Governor, Rauf Olaniyan; Chief of Staff, Chief Bisi Ilaka; Head of Service, Ololade Agboola; Secretary to the State Government, Olubamwo Adeosun; and the state Attorney-General and Commissioner for Justice, Oyewo Oyewole.

Also present on the occasion were the Speaker, Oyo State House of Assembly, Adebo Ogundiran; Deputy Speaker, Abiodun Faceyi; the Clerk of the House, and other officials of the state.