Governor Obaseki withdrew the certificate issued to a property on plot 103A Aiguobasimwin Crescent, old GRA, Oredo local government of the state issued to Chief Ibori.

The state government has not officially explained why the certificate was revoked but Obaseki said he exercised the power conferred on him by sections (28) 1 and 38 of the Land Use Degree of 1978 and by virtue of all other laws enabling him on that behalf.

Meanwhile, Obaseki, has said his administration is planning to expand the state capital, Benin City, by developing a new city in the Iyekogba-axis of the state, which is located in Ward 2, Oredo Local Government, the same area he revoked Ibori’s Certificate of Occupancy.

He expressed satisfaction with the standard of the road and noted that an office of the State Ministry of Infrastructure will be sited in the area to ensure proper town planning.

He said: “We have acquired 720 hectares of land off this road. We want to build a new city here.

“But if you sell all the land in this area without proper layout, we will not have where to build more infrastructure.

“If we plan this community, for years to come, your children will benefit from it.”

Obaseki added that he had mandated the Commissioner for Infrastructure to re-establish the Right of Way (RoW) in the area as the road would be expanded in the future to ensure free flow of traffic.

“All those building on our right of way should be given notice because in the nearest future, we will expand this road,” he said.

He told the contractor handling the project to commence covering of the side drains as soon as possible.

See below a photo of the property whose Certificate Of Occupancy was revoked: 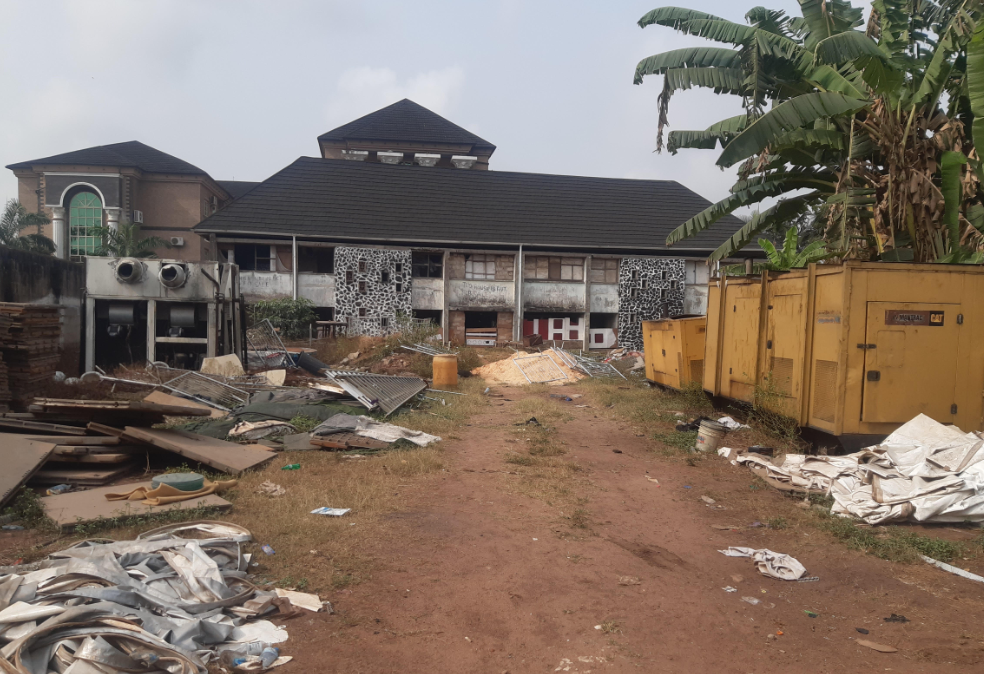