The Police officers involved in the fatal Shooting of a 20 year old female and her male companion in Ajegunle yesterday have been arrested on the orders of the Commissioner for Police, Zubairu Muazu.

The Lagos state police command paraded the five police officers and declared another wanted for allegedly shooting and killing one Ada Ifeanyi, a 20-year-old lady, in Ajegunle area of the state.

The policemen also reportedly shot one Emmanuel Akomafuwa, a 32-year old, who sustained injuries and was rushed to the hospital for treatment. 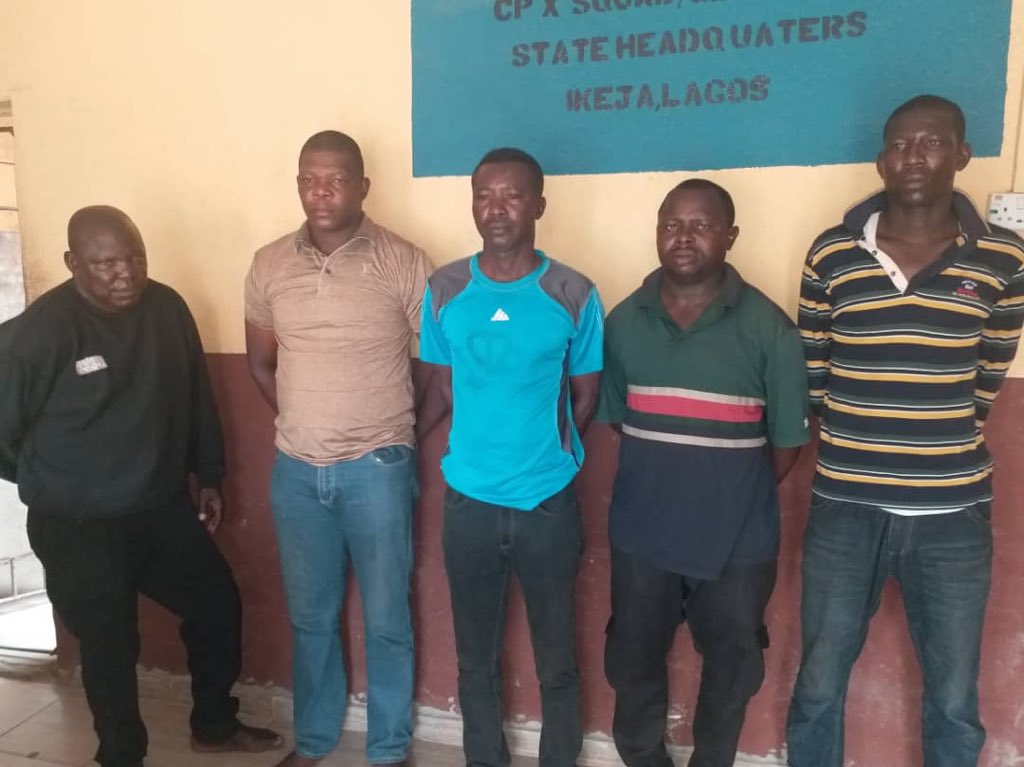 Confirming the incident in a statement issued on Sunday, Bala Elkana, the command’s spokesman, said the shooting took place around 7am on Saturday.

He explained that the suspects, deployed to the Trinity police station, are currently facing internal disciplinary proceedings at the command headquarters in Ikeja.

He said Dania Ojo, an inspector, escaped immediately after the alleged shooting.

See photo of absconded officer below:

“The Commissioner of Police Lagos State, Zubairu Mu’azu, has ordered the immediate arrest and detention of Police officers suspected to be involved in the shooting of Ada Ifeanyi, 20, of No. 4B, Amusa Lane, Off Ojo Road Ajegunle; and Emmanuel Akomafuwa, 32, of No. 52, Babatunde Street, Olodi Apapa, at Akpiri Street, Olodi Apapa,” the statement read.

“The victims were rushed to the hospital and Ada Ifeanyi was confirmed dead, while Emmanuel Akomafuwa is currently on admission, receiving treatment from the injury he sustained as a result of the shooting.

“Members of the team suspected to be involved in the shooting are from Trinity Police Station and are currently facing internal disciplinary proceedings at the Command’s Headquarters, Ikeja.

“Their rifles have been retrieved for forensic analysis by ballisticians. If found wanting, they will be prosecuted in conventional court for murder.

The Lagos police spokesman said the state commissioner expressed his “deepest condolences to the bereaved family,” adding that “bad eggs” and “criminal elements” within the force would be dealt with.

He said the command had in the last one month dismissed four policemen for “abuse of power” and “awarded various degrees of punishments to 41 others.”