Mrs. Yesufu, on her part, is a fervent critic of President Muhammadu Buhari and the federal government. 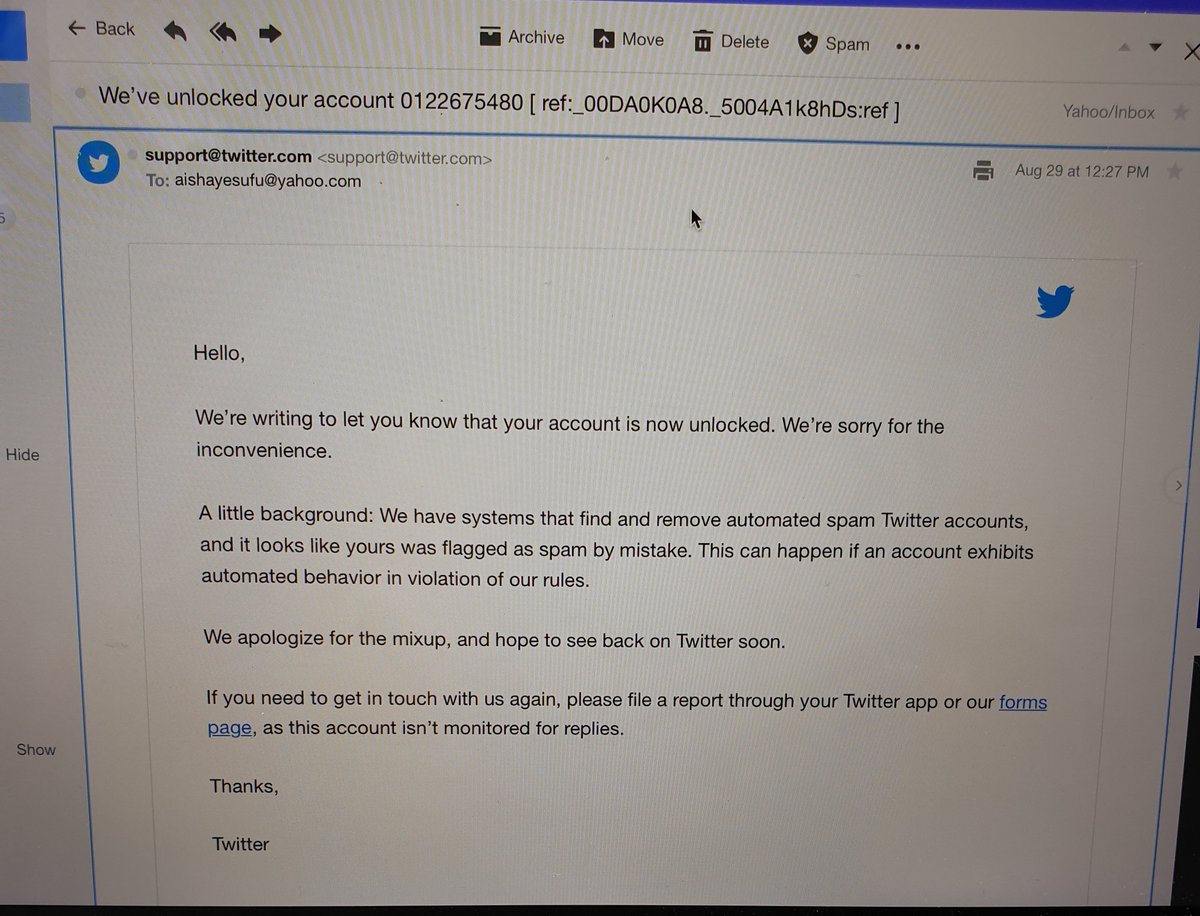 One of such Twitter users who descended heavily on the platform is former Minister of Education, Madam Oby Ezekwesili.

Speaking, she said in part:

“Twitter, there is a long list of those who daily attack Aisha Yesufu here, simply because she actively uses her #OfficeOfTheCitizen to Demand Accountability and Good Governance from the Nigeria Government led by Muhammadu Buhari.

“She calls out the incompetence of the President and Federal Government.”

“Thank you everyone for your voices. I have gotten a mail from @Twitter and I am back. I will continue to be a voice. My voice is not for myself alone but for so many others who unfortunately did not get that education that so many of us take for granted to have a voice. THANK YOU.”

Buhari Lied Under Oath; Judiciary Is On Trial —Buba Galadima