Senator Uche Ekwunife has been kicked out of the All Progressives Congress [APC] Anambra Central senatorial primaries. 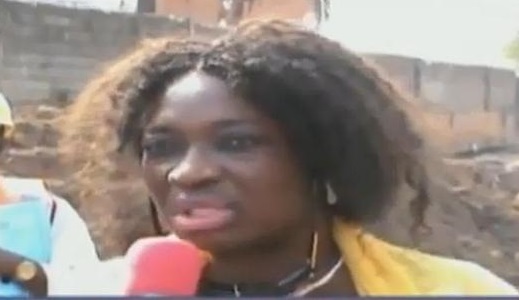 The screening committee of All Progressives Congress [APC] in Anambra State has disqualified Senator Uche Ekwunife from contesting for the party primaries today in Awka.

Information available to Elombah.com shows that Senator Uche Ekwunife was kicked out of the Anambra Central senatorial primaries as a result of big time lobbying.

In the words of our correspondent, an adept supporter of the embattled Senator, she was finally ‘schemed’ out from the race.

According to him, “the conspiracy has finally paid off”, and he attributed Ekwunife’s loss to massive spending and lobbying by Anambra State governor, Willie Obiano and his cohort, Chief Victor Umeh, the candidate of the All Progressives Grand Alliance [APGA].

According to sources, the governor spent as much as 1 billion naira to purchase Ekwunife’s dismissal.

The whole charade persisted despite the intervention of Dr Chris Ngige who himself was a former candidate for the party on the same senatorial platform.

Speculations are that many stakeholders are scared of the ever growing political profile of the woman and they said that with her growing influence, if she joins forces with Ngige, the next gubernatorial race will be as good as foreclosed.

Until her dismissal by the Appellate Court, Senator Ekwunife was the Senate Downstream Petroleum Committee chairperson.

However, pundits from the Peoples Democratic party [PDP] are already clamouring for former governor of Anambra State, Sir Peter Obi to join the race as an alternative resort.