An uncompleted three-storey building has, on Friday, collapsed at Alasepe Street, off Community road, Ago-Okota in Lagos State.

News about the collapse was broken by one Ibrahim O. Adams who tweeted on his Twitter handle @osilama10:

“This building just collapse in Okota/Ago..One person is trapped while Lasema are on ground.” 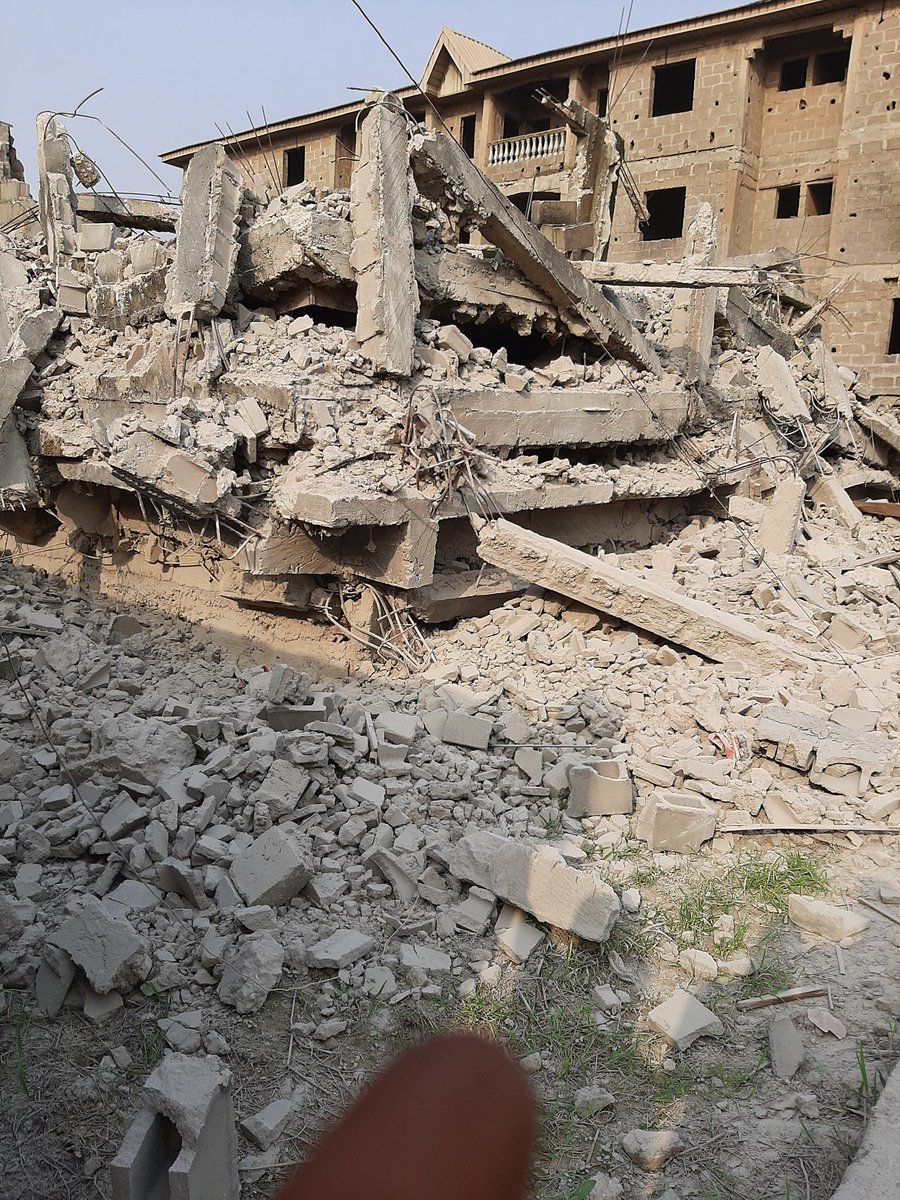 This building just collapse in Okota/Ago..One person is trapped while Lasema are on ground ..@followlasg pic.twitter.com/59i9155gFO

He assured that rescue operation was ongoing but that the impact of the collapse affected other adjacent structures around the scene of the incident.

He said: “Upon arrival at the incident scene, it was observed that a three-storey building approaching completion had collapsed.

“An adult male is presently trapped under the rubble and we have commenced a rescue operation.

“Initial findings revealed that the collapsed building is a three-storey building under construction.

“The impact of the collapse has affected the adjacent structures but the resultant crowd is under control.

“Extrication and recovery of the trapped man is ongoing using all emergency light tools at our disposal.

“Once completed, the remains of the structure will undergo a controlled demolition exercise.”