Uruguay Slam Russia, As S/Arabia Dispatches Egypt With No Point

Luis Suarez opened the score chart against ten-man Russia barely ten minutes into the match with a free-kick  while Denis Cheryshev’s own goal doubled Uruguay’s lead.

Uruguay spanked Russia 3-0 to stamp their authority in the group, finishing with maximum 9 points, defeating Egypt and Saudi Arabia one goal apiece.

La Celeste’s lead was then doubled when Cheryshev scored the sixth own goal at Russia 2018, equalling the record for a single World Cup (1998), after Diego Laxalt’s shot took a heavy deflection.

Things went from bad to worse for the hosts when defender Igor Smolnikov was given his marching orders in the 36th minute after receiving two yellow cards.

Attacking changes at the break from Russia head coach Stanislav Cherchesov brought goalscoring opportunities but they could not breach 100-cap Fernando Muslera’s goal.

Cavani had the final say of the evening when he pounced on an Akinfeev parry following captain Diego Godin’s header.

This was definitely Uruguay’s most complete match of Russia 2018.

They brought intensity to play, generated good goal-scoring chances, were solid in defence and scored two goals to bring a calmness to the team.

In the second half, things changed and the match was more even as Uruguay allowed Russia more time on the ball.

The most important thing is that the result is very positive, Uruguay showed a different side to their previous performances and qualified in the first position of Group A.​

Russia had to face a different level of opponent this time; an opponent with skill and experience at major tournaments.

Everything went wrong for the host team. Uruguay punished their very first mistake but there was more.

Luck was also not on Russia’s side when a deflection off Cheryshev’s leg led to another goal. Smolnikov’s sending off in the first half ultimately made their mission almost impossible.

Russia fought bravely to the final whistle and got the experience of a tough game that could possibly help them to prepare for the round of 16.​

In the second Group A match of the day, a late Saudi Arabian strike settles send-off with Egypt, claiming third in Group A.

Egypt left the World Cup with zero point after losing 0-1 to Uruguay, 1-3 to Russia and 1-2 to Saudi Arabia.

Meanwhile, 45-year-old goalkeeper Essam Elhadary was named in the starting line-up and saved a penalty

Saudi Arabia and Egypt signed off their 2018 FIFA World Cup participation with absorbing spectacle at Volgograd Arena that was only settled in the final minute.

The match between Group A’s two already-eliminated sides had everything: fight, emotion, goals, broken records and a dramatic twist at the end.

Mohamed Salah’s neatly-taken lob over the onrushing goalkeeper looked to have knocked the wind out of the Saudi sails, and they almost conceded a second to the Liverpool forward immediately afterwards.

However, Juan Antonio Pizzi’s team refused to give in and instead scored twice themselves – once at the end of each half.

But not before a unique piece of World Cup history: legendary Pharaohs shot-stopper Essam Elhadary, who at 45 years and 161 days is now the oldest player ever to feature at the tournament, superbly thwarted one penalty kick only to be beaten by Salman Alfaraj from 12 yards moments later.

A momentary lapse in concentration led to the conceded goal, but the players quickly gathered themselves together and equalised before half-time.

In the second half, the Saudis were the more technically proficient side and managed to snatch victory at the end. ​

The Egyptians were faced with one clear task in this match: to get their first win in FIFA World Cup history.

However, having failed to take their chances in the first half, the team were unable to find a way through the opponent’s tightly packed defence in the second and ended up slipping to defeat.

It was a bitter end to the tournament.​ 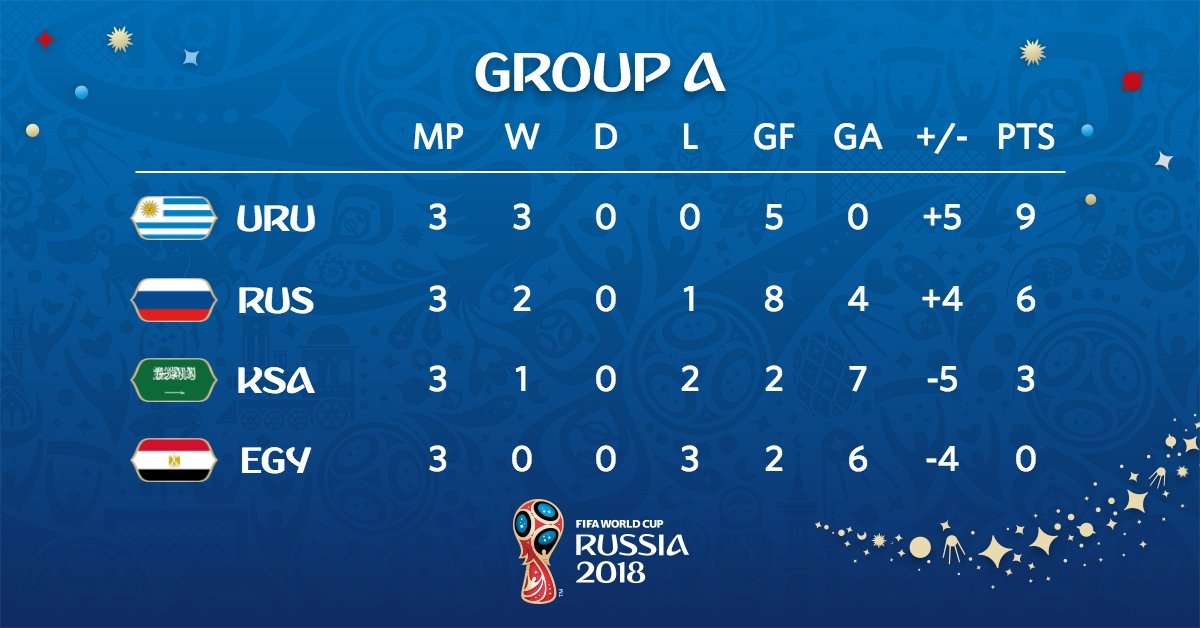