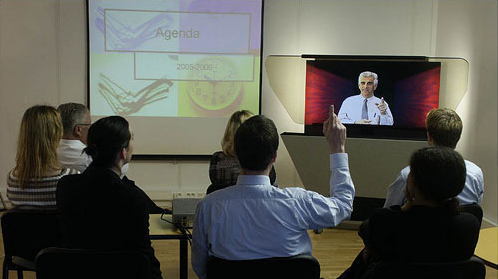 The news that Senate has approved the National Open University of Nigeria (NOUN) graduates to take part in the National Youth Service Corps (NYSC) scheme is uplifting as it has opened up new vistas for education in the country. Distance learning that was once discriminated against is now taking primacy in a society that is fast evolving to incorporate multitasking as a way of life.

NOUN had added another feather to its cap prior to been cleared to join the NYSC scheme as it joined the nation’s top 25 universities. It had also recorded its highest enrolment in its history. These feats are just few of the turnaround that the university had achieved under the leadership of Professor Vincent Tenebe as Vice Chancellor. It is even more heartwarming to realise that the management continues to find innovative ways to further improve on the institution’s reach and offerings.

A consequence of the success story of NOUN is the increased demand for distance learning across the country. This phenomenon is one that the federal government can cash in on to realise President Muhammadu Buhari’s Change Agenda in the education sector given the potential to make tertiary education available to those desirous of furthering their education. A youth population that is able to improve on competences through distance learning is on the road to reducing unemployment, which is another cardinal goal of the Change Agenda.

The government can specifically further maximise the benefits from the highly functional distance learning platform presented by NOUN in rebuilding the north east where insurgents activities has destroyed some educational infrastructure in addition to disrupting school curricula. This suggested usage of NOUN is strategic in an area like Borno state where education is a key tool in any rebuilding venture since the post amnesty era for repentant Boko Haram extremists cannot use the normal Almajiri or nomadic school.

In the south-south, the biting economic reality means there has to be a rethink of the enormous resources being spent on educating repentant militants abroad. The position that the Professor Tenebe led management has taken NOUN to means it is now possible to educate repentant militants domestically while they remain on ground in their communities to continue making contributions to their communities while getting education.

In other geo-political zones of the country, specific industries can be identified around dominant natural resources and have NOUN tailor curricula to suit students from such places so that they can grow cluster industries. This approach should be able to create entrepreneurs that will create employment for others even before they have graduated from the courses they are studying.

Additionally, the yawning gap in retooling those already in the workforce to meet contemporary challenges is one that can be met through distance learning as those already in employment do not need to quit work to update themselves with emerging trend. The present administration can thus get NOUN to create special short courses that fill identified gaps without splashing out on sending government employees abroad. This of course tallies with President Muhammadu Buharia’s directive on cutting out all foreign trips that are deemed as non-essential or frivolous.

For individuals who would have sought education abroad, NOUN should be marketed as an alternative that would make it unnecessary to seek admission in foreign schools. This has implications for the annual capital flight associated with Nigerians running to schools abroad and would also halt the brain drain among the younger population who take up abode in the countries where they schooled as some are often encouraged to settle down after their studies. A further plus from this is that reducing the demand for attending universities abroad will take some pressure of the demand for foreign exchange thereby helping the economy.

The new Minister of Education, Adamu Adamu must thus acknowledge distance learning as the way to go in meeting a crucial part of the Change Agenda in the education sector. NOUN as a concept has amply proven that the building is not the school but rather the discipline that the institute has been able to bring to bear is what has counted.

Efforts must then be made to strengthen the position of the school’s management currently led by Professor Tenebe. A good start will be to help the management with expanding and improving its e-platform to world class standards, the goal should actually be to make NOUN a world leader in the delivery of world class distance learning facility. Physical infrastructure should also be expanded as the virtual assets are being grown.

Above all, the management of NOUN should be encouraged to keep improving on the things they have done to bring the university to its present position of envy. The management should also be kept in place for as long as is legally permitted to entrench the good fortunes it has brought on board. When this is done, the administration of President Buhari, is guaranteed an avenue, through the National Open University, of a quick win on delivering on the Change Agenda in the education sector and even in other areas.

The End Of History Debate

Aniekan Akpan: The Return Of A Trojan Horse 1