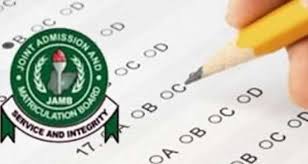 The Registrar of the Joint Admissions and Matriculation Board(JAMB) Professor Is-haq Olanrewaju Oloyede has appeal to the federal government to revert to old days where serving Vice Chancellors of Universities were made as chairmen of the governing board of JAMB for good synergies and harmonious relationship with a view to effectively deliver on the Board mandates.

This practice which promoted harmony and quality inputs on the Board’s matriculation activities have since been forgotten or neglected.

The Registrar opined that the appointment of the chairman of the Board could be restricted to only heads of tertiary institutions in Nigeria perhaps in rotational basis among the Vice-Chancellor of Universities, Rectors of Polytechnics, Monotechnics and Provosts of Colleges of Education.

The Registrar also charged Heads of tertiary institutions to participate in the supervision of the Board matriculation examination  particularly in the centres within their institutions and  the neighborhood with a view to improving the sanctity of the examination.

Professor Oloyede made this call at a paper he presented at the meeting of the Association of  Vice Chancellors of Nigerian universities (AVCNU) in Abuja.

He said”in recognition of the harmonious relationship that existed between the Board and the institutions pre 1993,  it may be most appropriate to revert to the early days of JAMB”

Oloyede appealed  to government to go back to the practice from inception noting that the Board is a creation of the committee of Vice-Chancellor and it will only be proper for them to be clearly recognised as active stakeholders to avoid any acrimony between Tertiary institutions  and JAMB.

The Registrar assured the AVCNU of his determination to ensure a smooth relationship with all institutions for the good of the Board.  He reiterated his earlier stands that the task of JAMB is coordination of admissions and not substitution of traditional responsibilities of the Senates / Academic Boards of tertiary institutions.

However, he said JAMB has the right to reject candidates for non-compliance with extant rules and regulations but will not be allowed to substitute or originate any name without the prior concurrence of the Senate/Academic Board of the institution.

The Registrar expressed his dissatisfaction with the way the issues of regularization has been handle by institutions.  He disclosed the observation by NYSC over the abused of the intervention policy which was meant to address certain  admissions challenges but became an avenue for corrupt practices.

In view of the abuse  that the regularization of admission has been subjected to by institutions, a new template to be completed online has been designed by the Board to curtail the rampant request for regularization and only regularized in very rear cases where sufficient and convincing reasons are given through a thorough process for candidates who need to be regularized.

This process will ensure that after completing the form online the candidates will print an indemnity form which they will take to their Vice-Chancellors, Rectors, Provosts or Registrars of their institutions to be signed before submission to the Board through our State Offices nation-wide.

This process is to ensure that only genuinely admitted candidates are regularized.

The Registrar also disclosed to the AVCNU that henceforth the Board will discontinue the use of scratch cards for any of its services and rather use the platform of pin vending.

This is as a result of its consistent subjection to fraudulent practices, it is archaic and the Board’s drive to also promote accountability in line with government zero tolerance for corruption.

Oloyede noted that the National Assembly is in the process of amending the Board’s Act.

He however explained that an appeal has been made to the National Assembly when he visited the Senate Committee on Tertiary Education last week Tuesday to suspend the process of the amendment and allow the Board and all tertiary institutions including the Ministry of Education and other necessary stakeholders to go back to the round table for discussion at a very conducive atmosphere as all have  agreed to work together for the benefit of the Nigerian child.

He said the  content of the bill as presently with the National Assambly is a product of acrimony and if passed will be counter productive.

Making of Another Deadly Insurgency in Nigeria

Aso Villa, Nigeria Seat of Power, the Undesirable Place To Be