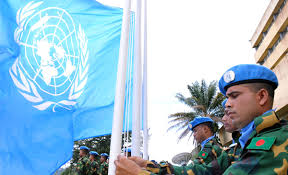 The United Mission in South Sudan has voiced out their frustration, in a bid to locate  South Sudanese recently displaced from Wau Shilluk. The people are reported to have fled the north of the country.

UNMISS head David Shearer have said the lack of information about South Sudanese recently displaced from Wau Shilluk, a town on the west bank of the Nile River, is “very frustrating”.

“We want to find out what has happened to those people,” he said, “and provide them with assistance if they need it.”

UNMISS reported has reported that when a UN troops tried to carry out a foot patrol to Wau Shilluk on Thursday they were not allowed by government soldiers.

“Fighting between opposition forces and government troops has spread across the west bank during the past week, and shows no sign of abating”, UNMISS said.

“Shocking devastation” and “harrowing human rights violations” have occurred in nearby Malakal, a UN assistant secretary-general said on Friday.

Speaking at the end of a four-day visit to South Sudan, UN human rights chief Andrew Gilmour deplored reported gang rapes of women who tried to walk to the market in Malakal from a UN civilian protection site outside the town.

Government soldiers and militia members frequently attack women who venture out of the protection site, Mr Gilmour said on the basis of testimony from numerous victims.

“It is utterly abhorrent that women in this area have to choose between getting raped or getting a livelihood”, “But this is the brutal reality of what South Sudan has become”. Mr Gilmour said.

The division commander of government forces in the area debunked the rape allegation saying that no rapes had been committed.