We can’t trace our families – Nigerians deported from U.K laments 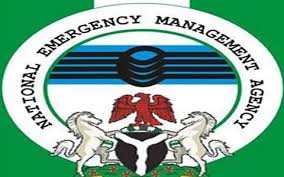 The chartered Airbus 330 aircraft that brought them landed at the Murtala Muhammed International Airport at about 8am.

It was learnt that they were deported for alleged immigration offences. Before their arrival, the National Emergency Management Agency, NEMA, had informed that about 83 deportees were being expected, and that some of them who had not completed their prison sentences would be handed over to the Nigeria Prison Service to complete the terms.

On arrival, the deportees were served breakfast and later interrogated to determine their states of origin so that they can be assisted to locate their relatives where necessary.

Lamidi Bamidele The Nigeria Immigration Service was said to have profiled the deportees although their identities were not disclosed.

One of them, 37, and Yoruba, said he left Nigeria about 17 years ago and had lost touch with home. According to him, he put resources together to travel to the UK but could not raise the money to process stay papers.

He then began to engage in illegal activities until he ran out of luck. Another deportee, Igbo, who said his parents were Lagos-based before he left for greener pastures, said he might not be able to trace the parents because he learnt they had relocated home. An aged deportee woman, who claimed she left Nigeria some decades back, said he had lost touch with her relatives, including her children.

It was learnt that many of the deportees had used fictitious names in their documentation as they were ashamed to reveal their identities because of stigma.Those who could locate their Nigerian addresses were aided to return home while those who could not were taken to rehabilitation centers.

NEMA Information Officer, Ibrahim Farinloye, said the agency was yet to ascertain why the number of the deportees was 41 instead of 83. Also, he said none of the deportees was a prisoner as earlier stated by the United Kingdom authorities. “They told us that 83 were coming but on arrival it was 41.

This is humanitarian evacuation and many things could have happened at the last minute that may lead to increment or decrease in the number of the people. We work on information made available to us,” said Farinloye Asked why the deportees’ names were not released, he said, “The Nigeria Immigration Service did the profiling and the names are not made public because of their security and social protection”.

Apart from NEMA, the Nigeria Immigration Service, Nigeria Police and aviation security personnel were on ground to receive the deportees.