The Nigerian Army has claimed that its troops foiled kidnap of Islamiyya students and recovered rustled cattle from armed bandits in Katsina State.

This is contrary to the claim by the Nigeria Police on Sunday that its operatives facilitated the rescue.

The spokesman for the Katsina State Police Command SP Gambo Isah had stated:

“A distress call was received by DPO Dandume, that some Islamiyya Students of Hizburrahim Islamiyya, Mahuta village, Dandume LGA of Katsina state, numbering about Eighty (80), while on their way back from Maulud occasion celebrated at Unguwan Alkasim village, Dandume to Mahuta village, were accosted by bandits who had already kidnapped four(4) persons and rustled twelve (12) cows from Danbaure village, Funtua LGA, trying to escape into the forest.

“On receipt of the report, the DPO led Operations “Puff Adder, Sharan Daji and Vigilante group to the area and engaged the bandits into a fierce gun duel.

“Subsequently, the teams succeeded in dislodging the bandits and rescued all the eighty-four (84) kidnapped victims and recovered all the twelve rustled cows

“Search parties are still combing the area with a view of arresting the injured bandits and/or recovery of their dead bodies.”

However, in a statement titled “Troops foil kidnap of Islamiyya students and recover rustled cattle from armed bandits in Katsina State” and posted on its social media handles, the Army claimed otherwise.

Insecurity: Woman smuggling petrol to bandits in Hijab arrested in…

“Troops in conjunction with the Police and local vigilantes from Mahuta village immediately mobilised to the scene and encountered the bandits at Unguwar Audu village and engaged them in a fierce battle, the bandits escaped with gunshot wounds and abandoned the kidnapped children and rustled cattle. 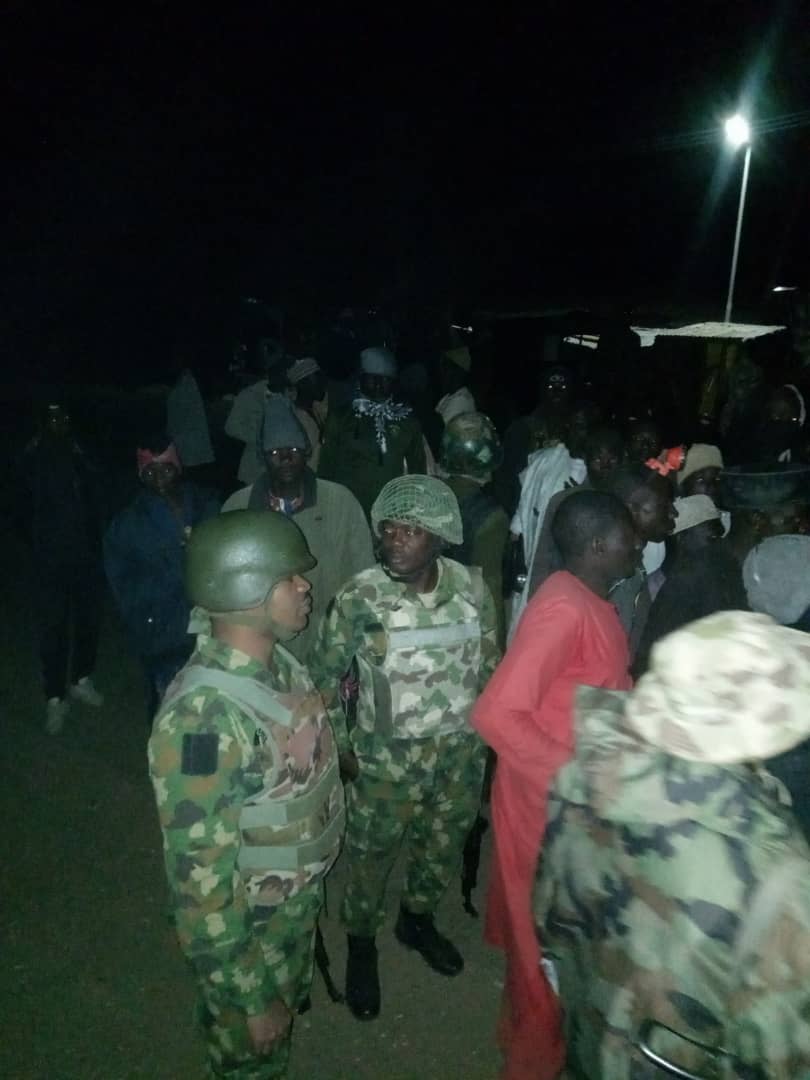 “Troops rescued 39 girls and recovered 8 rustled cattle with no casualty on troops and the kidnapped victims.

“All kidnapped children are back to their homes in good health, while troops have continued to dominate the general area with aggressive patrol.”

Noteworthy is the fact that none of the security agencies posted pictures of the abducted and rescued persons.

While it is not clear which agency facilitated the rescue due to conflicting claim, it seems that the one certain thing is that there was an attempted kidnap and rescue of over 80 persons.

How long do we endure the foolishness of Femi Adesina? ~ By David Adenekan