Arsene Wenger was left with few words as Arsenal was dumped out of the FA Cup with a 2-1 loss at Emirates Stadium to Watford in the quarter-finals.

Arsenal’s long unbeaten streak in the FA Cup came to an end as home fans booed Wenger as well as the players.

The Gunners have won the competition in the past two seasons and racked up 15 consecutive round victories before hitting the Hornets’ brick wall.

Wenger looked forward to his third consecutive FA Cup victory and played a surprisingly strong team instead of resting key players ahead of second leg last-16 Champion’s League against Barcelona on Wednesday. 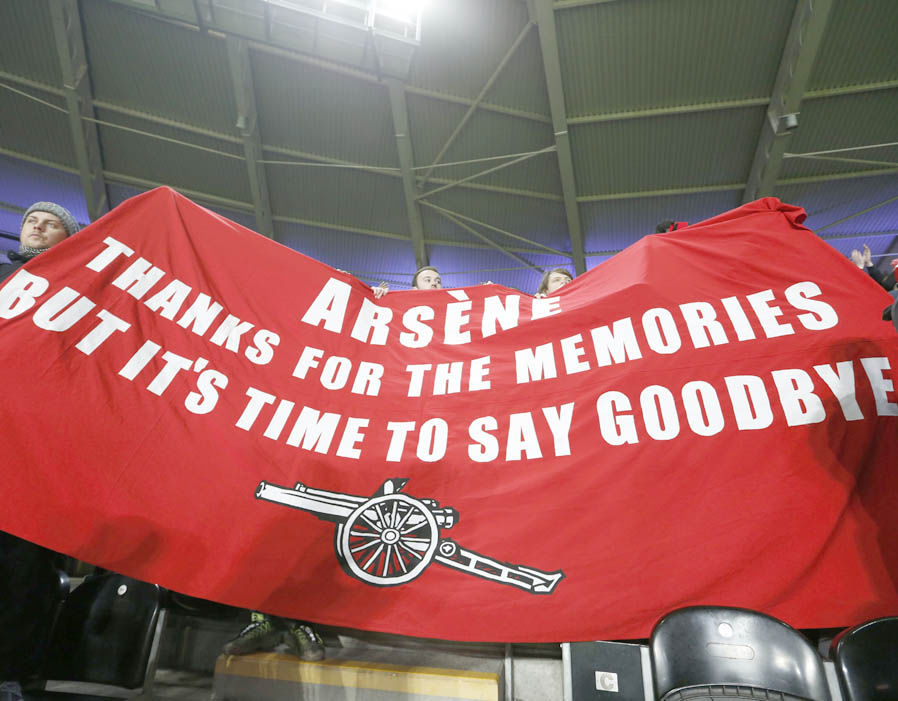 The Gunners had dominated the first half, having the lion’s share of possession and creating the best chances of the opening period.

While Arsenal played a strong early attack with plenty of chances, Watford never looked particularly threatening in the first half but they certainly weren’t budging defensively and Arsenal could not break down their defence.

Mohamed Elneny twice fired just over the bar during a lively performance, while Joel Campbell volleyed just wide right on the stroke of half time.

In the second half, Watford looked considerably more of a match for Arsenal, playing a strong counter-attack and scoring twice thanks to Odion Igahlo and Adlene Guedioura.

Ighalo twice went close in quick succession as the visitors continued to threaten, and they doubled their advantage when Adlene Guedioura drilled a fierce shot into the top corner.

In the face of a two goal deficit, Wenger made some wholesale changes to his team, bringing on Theo Walcott, Danny Welbeck and Alex Iwobi.

Substitute Welbeck made the biggest difference, adding some late drama as he reduced the arrears in the 88th minute before slicing over the bar moments later after Alex Iwobi had hit the post.

It was also Welbeck, however, who wasted a chance to equalize in front of an open-goal in the dying minutes of the game, to cost them a potential seventh FA Cup victory under Arsene Wenger.

It was a disappointing end to an FA Cup campaign that had promised much, but with a trip to Barcelona coming up in a matter of days, an instant response will be needed.

With the Gunners needing to win pretty much all of their remaining league games to challenge for the title, now, was this a sign that the Frenchman had all but given up on his other chance for silverware this season?

After 7 years, Lee finds Justice in a Nigerian Court!