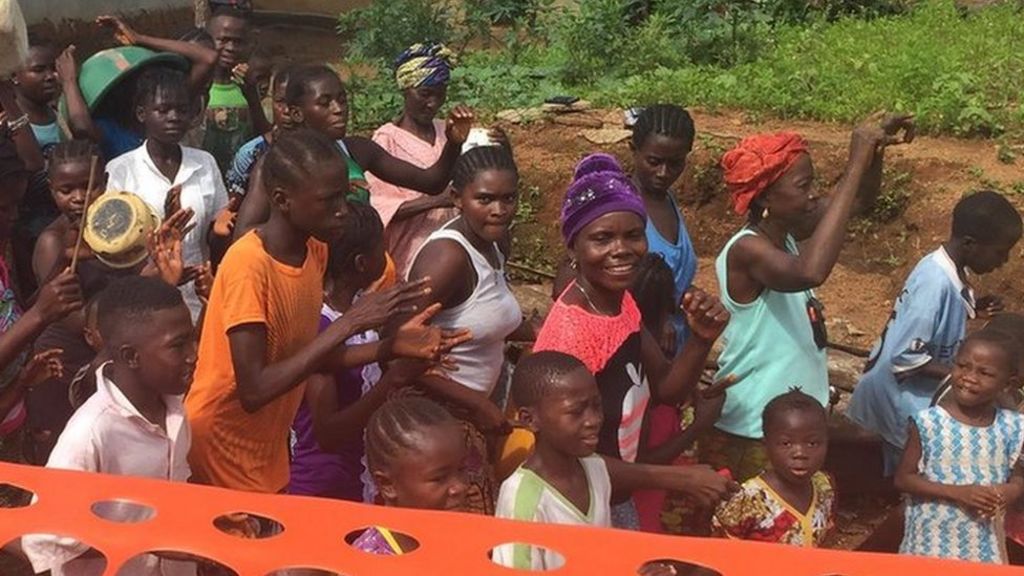 Sierra Leone has officially been declared free of Ebola by the World Health Organization (WHO).

Thousands of people took to the streets of the capital, Freetown, at the stroke of midnight – marking 42 days without a single declared case of the disease.

There were further cheers when the WHO local representative made the official announcement later on Saturday.

The outbreak killed almost 4,000 people in Sierra Leone over the past 18 months. 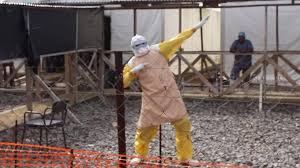 Deaths – probable, confirmed and suspected (Includes one in the US and six in Mali)

Ken, a Kenyan Doctor in protective overalls does a Usain Bolt gesture as Sierra Leone is Ebola-free

Many gathered around a giant cotton tree in the centre of the city. Some lit candles in memory of the victims, while others danced with joy.

Dr Oliver Johnson, from the King’s Sierra Leone partnership, worked at an Ebola clinic in Freetown, and has strong links with medical professionals there.

A country is considered free of human-to-human transmission once two 21-day incubation periods have passed since the last known case tested negative for a second time.

This is the moment Sierra Leone has been waiting for. Thousands of people took to the streets of the capital on the run-up to midnight.

Women’s groups came together to organise a march through the city centre; the final point was a 600-year-old cotton tree which sits on a huge roundabout. Usually, the area is jammed with cars, but last night it was packed with people. Some held up candles, others jumped around dancing and a military band led the procession through the city.

There were waves of celebrations, and then silence as names of some of the dead were beamed on to a screen. Health workers in particular were honoured for their bravery and sacrifice; they were some of the first to die when Ebola struck. Today is an enormous milestone for Sierra Leoneans, and people are overjoyed. But this historic moment is bittersweet.

Sierra Leone President Ernest Bai Koroma is due to address crowds in the city later.

On Friday, he blamed the WHO for delaying Sierra Leone declaring a state of emergency and restricting movement during the Ebola outbreak.

He said his government did at the time what it could do and did not have the knowledge to fight the disease.

He said his government had to put up with the delays because international organisations such as the WHO “were the experts”.

Neighbouring Liberia was declared Ebola-free in September following 4,800 deaths there.

A handful of cases are still being reported in neighbouring Guinea. Sierra Leone has said it will take heightened security and health screening measures at their shared border.

Lagos: Ambode is a new & incompetent governor – The Economist