Who is Oseloka Obaze: Facts About PDP Candidate For Anambra Governorship Polls

Former Diplomat Henry Oseloka Obaze has clinched the Anambra State PDP Primaries ticket after defeating Ifeanyi Ubah, Stella Oduah and a host of others. Here are a few facts about the PDP flag bearer.

Obaze is a former United Nations official (1991-2012) and also a former member of the Nigerian Diplomatic Service (1982-1991). A seasoned international civil servant, diplomat, strategic policy advisor and administrator. Obaze was appointed to the United Nations Secretariat by Secretary-General Javier Perez de Cuellar Javier on 1 March 1991, as a Political Affairs Officer in the Department of Political and Security Council Affairs (PSCA) at the United Nations Headquarters in New York.

Obaze was a member of the United Nations Interdepartmental and Inter-Agency Task Force that drafted and negotiated the UN-AU Declaration, which was signed in November 2006. He was involved in the conceptualization, drafting and finalizing various strategic policy papers and reports of the Secretary-General to the U.N. General Assembly and the U.N. Security Council. He has worked on the African and Europeans dossiers and most notably, on Angola, Zimbabwe, South Africa, Bosnia and Herzegovina, Croatia, Cyprus, the former Yugoslav Republic of Macedonia, Albania, Kosovo and Georgia. 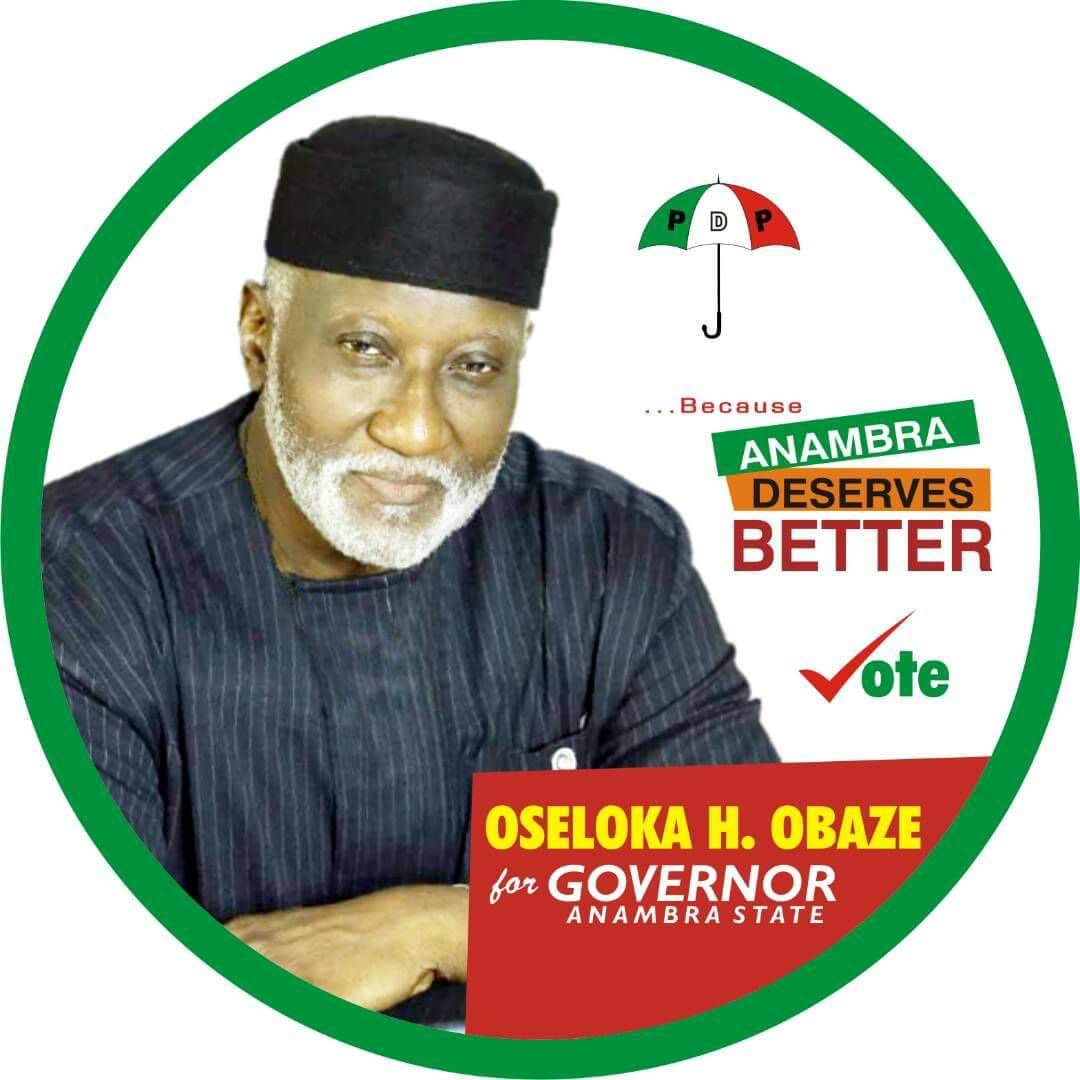 Anambra: Time for Judiciary to Redeeem Itself — By Joseph K.…

Obaze did his National Youth Service in Lagos State from August 1981 – August 1982, briefly at the Defence Headquarters, Lagos, before being re-deployed to the Nigerian Institute of Army Education, Ilupeju, Lagos where he served as a Research and Publication Officer under the direct supervision of Col. Adedotun Gbadebo, (now, HRM Oba Adedotun Gbadebo, the Alake of Egbaland). Due to his superb NYSC performance, in he was recommended to the Military Secretary (Army) for a Direct Short Service Commission (DSSC) into the Nigerian Army. He was selected by the DSSC Board chaired by then Brigadier-General Solomon Omojokun, in Kaduna in February 1982, as one of the top candidates for DSSC Course 10, but opted to pursue diplomacy, his first career choice.

Born on 9th April, 1955 in Ogidi, Nigeria, he is a native of Ochuche Umuodu, in the Ogbaru LGA of Anambra State. Obaze is married to Dr. Ofunne Omo Obaze a Physician, and they are blessed with children. A widely traveled man, he has visited sixty-five (65) countries. He is an avid sportsman and soccer enthusiast; he reviews books and arts as a hobby.