Why Nigeria can no longer afford fuel subsidy – Kachikwu

“The main reason for the current problem is the inability of importers of petroleum products to source foreign exchange at the official rate due to the massive decline of foreign exchange earnings of the federal government,” Kachikwu said.

Ibe Kachikwu opposed removal of fuel subsidy less than a year ago. What changed?

For months drivers have been waiting for petrol in queues kilometres long, while others were forced to buy fuel on the black market, sometimes for triple the previous official price of 87 naira ($0.43) per litre.

“We expect that this new policy will lead to improved supply and competition and eventually drive down pump prices,” Kachikwu said.

“We share the pains of Nigerians but, as we have constantly said, the inherited difficulties of the past and the challenges of the current times imply that we must take difficult decisions on these sorts of critical national issues.”

Despite being one of Africa’s largest oil producers, Nigeria has to import fuel to meet the majority of demand as it wrestles with dilapidated refineries working at a fraction of their capacity.

A shortage of foreign exchange caused by low oil prices has left Nigeria without cash to afford costly fuel subsidies that are popular with voters but criticised for being a drain on the public purse.

In 2012 a petrol hike caused violent riots in the streets of Lagos, the country’s commercial hub, forcing then-president Goodluck Jonathan to partially restore the subsidies. 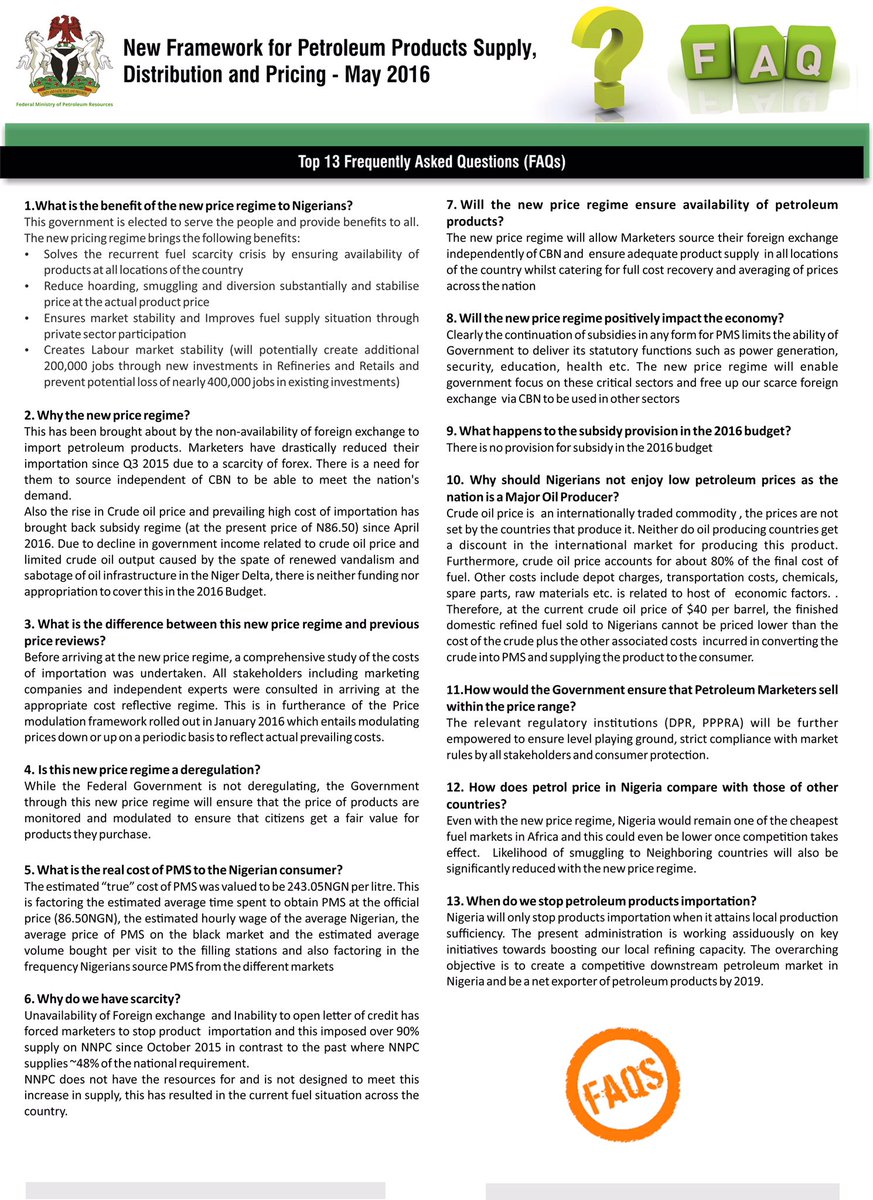