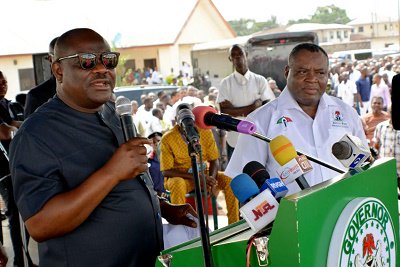 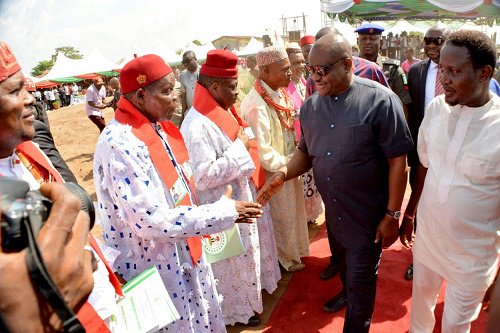 The governor said that  the SARS  personnel  were assigned  to the APC candidates and Chieftains  for the purpose of snatching election materials and the  intimidation of PDP supporters .

Speaking  while flagging off the construction of the General Hospital in Omoku , Governor Wike wondered why politicians  who are expected to stay  away from polling  units  will allocated such SARS  personnel to wreak electoral violence .

He said the resolution  to use security  personnel  for  rigging the December 10 rerun elections will not succeed in Rivers State   as the youths will stand to defend their votes.

He said : “Despite  these fraudulent  allocation  of  security personnel  to APC candidates , I urge our people  to remain  vigilant and don’t be afraid .

“Our youths should follow the electoral  process from the beginning to the end. Defend your  votes and the mandate  of  the  people of ONELGA “

The governor  explained  that he has taken it upon himself to release critical  information  garnered through confirmed intelligence for the sake of credible and violence free polls.

He urged the people of Ogba/Egbema /Ndoni to vote Senator Osinakachukwu Ideozu , the PDP candidate for Rivers West Senatorial District .

Waziri replies Ribadu: Don’t blame me for your failure in politics