Women are wired to do more  – Justice Nyesom-Wike 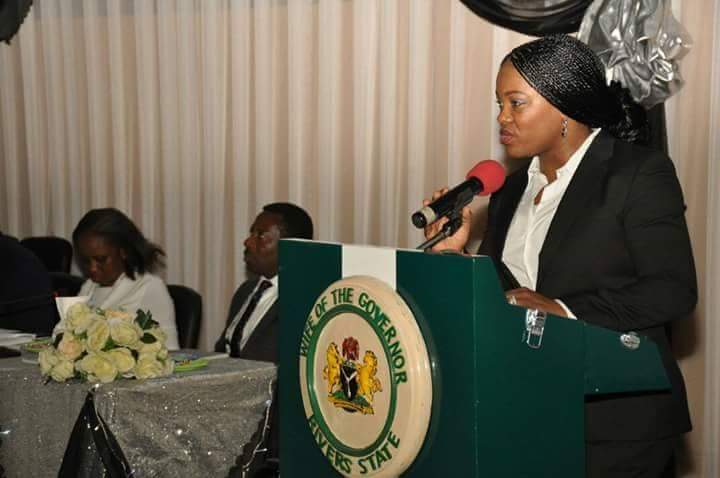 Wife of the Rivers State Governor , Justice Eberechi Suzzette Nyesom-Wike has stated women’s positive  contributions form the platform for  the  development of the society

Justice Nyesom-Wike also  said that women are divinely wired to  do more at all times  for societal growth and stability .

She said as a woman she belongs to all rooms because a woman’s  activities  cannot be restricted as the society needs these contributions  for progress.

“All women have been through a lot as they strive to build the society . Our contributions  to  societal development  cannot be underestimated .

She added: ” Women  are very important  to  the development of any community. They form a larger percentage  of  the  workforce that keeps the society “

Commenting on the person of the Provincial/ Diocesan President of Women’s Guild of Anglican Diocese of the Niger Delta North , Mrs Beatrice Kattey , the Wife of the Rivers State Governor said she is a perfect  example of a Christian Woman .

Justice Nyesom-Wike  called on the  women  of Rivers State  to continue to  pray for Governor Wike so that he can remain  focused in the delivery  of  pro-people  prejects all through his leadership .

In her remarks, Provincial/Diocesan President of Women’s Guild , Mrs Beatrice Kattey said that the  Anglican Church  will continue  to  play a major role in evangelism  and growth of Christianity .

Mrs Florence Brown , the lay preacher in her sermon titled “the  power of patience ” noted that patience is a virtue that leads to success.

The Archbishop of Niger Delta North Diocese , Most Reverend Ignatius Kattey prayed for Rivers State and the first family for God’s  grace  and support .